“Today’s incident on the Gaza Strip border is severe,” Prime Minister Benjamin Netanyahu said in a statement issued from Germany, where he was attending the Munich Security Conference. “We will respond appropriately. I send my wishes for a quick recovery to the wounded.”


A roadside bomb detonated Saturday afternoon against an IDF military force moving near the border fence of the southern Gaza Strip. Two IDF soldiers were seriously injured and two others sustained moderate and minor wounds. The soldiers were evacuated to the hospital for medical treatment, with the two seriously wounded soldiers immediately taken in to surgery.

Shortly after, the IDF attacked a Palestinian Islamic Jihad post near the security fence on the Gaza side of the border, near the point where the bomb had been detonated.

A much more comprehensive retaliation followed on Saturday night. The Israel Defense Forces retaliated against Hamas with a large-scale attack on Gaza terrorist targets within the hour following the release of the prime minister’s statement.

A total of six terrorist targets were attacked, according to the IDF spokesperson:

– an offensive terror tunnel built by Hamas from the Zeitoun neighborhood, towards Israel;

– a Hamas military compound on the site of the former Jewish community of Netzarim in Gush Katif, including weapons factory sites;

“The IDF views with great severity the attempt by the Hamas terrorist organization to carry out spontaneous and seemingly spontaneous demonstrations intended to turn the security fence into a confrontation zone, and to carry out acts of terror that would destabilize the Gaza Strip,” the IDF Spokesperson said.

“Hamas is responsible that event and its consequences, as well as for everything happening in and out of the Gaza Strip, above and below ground.

“The IDF is determined to provide security to the citizens of Israel and will do so by all means at its disposal.” 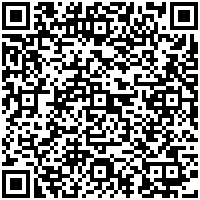