A barrage of rocket fire was aimed at southern Israel from Gaza early Friday evening, triggering Code Red incoming rocket alerts in a plethora of Jewish communities and sending hundreds of residents racing into their safe spaces as the Sabbath was entering their homes.


Two rockets were intercepted by the Iron Dome anti-missile defense system. One landed in an open area in the Sha’ar HaNegev Regional Council district. No physical injuries or property damage reported in any of the attacks.

The Israel Defense Force issued an order on Friday to close the Zikkim beach, located close to the Gaza Strip, amid the exchanges of gunfire between the IDF and Hamas guerrillas. The beach was expected to be closed over the Sabbath as well.

“Greenblatt and Kushner have adopted the Israeli position,” Hamas said in a statement. 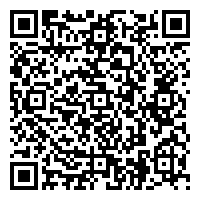