Three U.S. officials tasked with bringing the Middle East closer to peace have called on Gaza’s ruling Hamas guerrilla organization to focus on improving conditions for its citizens in the enclave, rather than wasting its resources on trying to destroy its neighbor, Israel.


The U.S. peace team headed by Jared Kushner, the senior adviser to President Donald Trump, said in an op-ed published Thursday in The Washington Post, that at the end of a recent “productive” six-day trip to the Middle East, “one reality was painfully clear: The nightmare of Hamas’ leadership is continuing and needlessly prolonging the suffering of the Palestinian people in Gaza.”

The team, which includes Special Representative for International Negotiations Jason Greenblatt and U.S. Ambassador to Israel David Friedman, together wrote the piece, which noted that despite billions of dollars invested in Gaza by numerous international bodies over the past 70 years, 53 percent of the population is living below the poverty line. The unemployment rate is 49 percent.

“The Palestinians of Gaza are stuck in a vicious cycle where corrupt and hateful leadership has provoked conflicts, leading to reduced opportunities and the poverty and hopelessness that follow,” they wrote.

“Hamas must immediately cease provoking or coordinating attacks on Israelis and Egyptians, and on infrastructure projects sponsored by donor nations and organizations. Rather than looking for opportunities to weaponize everything from kites to mirrors in order to attack Israel, Hamas should focus its ingenuity on improving the Gazan economy. Rather than cynically attempting to exploit its barbaric holding of Israeli soldiers and citizens, Hamas must return them to their families,” the added.

On Friday, Hamas responded to the U.S. in a brief statement that made it clear the guerrilla organization had no interest in peace. 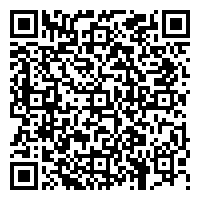