There is no doubt that the Arab war of attrition that has been going on for more than a year along the Gaza Strip border fence against Israel has failed miserably, the Jerusalem Center for Public Affairs reported on Wednesday.


But the return marches did not achieve their strategic goal, which was defined by the Hamas leadership as the realization of the “right of return” to areas within the 1948 borders of the State of Israel. Instead, just as Sinwar put it, over the past year, the March of Return has become a lever for pressure for tactical purposes only, achieving relaxation in the tension inside Gaza, increasing the number of hours of electricity supply, operating the crossings, introducing goods and increasing the fishing zone.

Thus, the return marches lost the main purpose for which they had been initiated.

The accelerated negotiations over the understandings of the truce tied the hands of the Hamas leadership, and the “million Gazans march” that was supposed to be the culmination of the year of the marches of return was a big show of force, but fiercely controlled and restricted by Hamas – without any attempt to penetrate Israeli territory.

Also, over the year, those Friday return marches became routine and the media lost interest in them.

Also, the campaign of the March of Return was supposed to be synchronized with parallel marches in Judea and Samaria as well as in Lebanon, Syria and Jordan. But the PA and the Arab regimes did not allow their Palestinians to march and the Gaza Strip marchers remained isolated.

The IDF, for its part, succeeded in preventing infiltrations into Israeli territory, while, towards the end of the first year, a new protest movement of thousands of young Gazans called “Want to Live” began to turn the anger resulting from the enclave’s economic misery at Hamas.

The Hamas leadership will find it difficult to admit the failure of the March of Return project, and therefore it is reasonable to assume that these marches will continue in the coming months – but in the Gaza Strip there is already talk of slowing down the march in the future in order to allow the Gazan population to take a break, and to save the costs to Hamas, which is in severe financial distress, of paying people salaries to show up at the border with bonuses for getting hurt.

According to Gazan figures, 270 Arabs were killed and 11,472 injured, 500 of them seriously, during the campaign. That’s a lot of money that could have been spent on digging more tunnels or manufacturing more rockets. 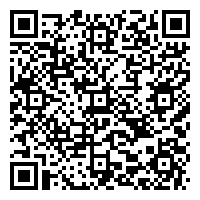