At least 3,000 Israel Police officers will be on hand next week to secure the Jerusalem Day Flag Parade as Israelis dance with their flags, marching down the main street of the capital and through the Damascus Gate entrance to the Old City and then through the Muslim Quarter on their way to the Western Wall.

Jerusalem Day marks the reunification of the Israeli capital city following the 1967 Six Day War, during which the eastern half of the city was recovered from its Jordanian occupiers.


Some 16,000 marchers are expected to participate in the annual event, with at least 8,000 of the marchers passing through the Damascus Gate.

Despite threats of violence by Gaza’s ruling Hamas terrorist organization, Public Security Minister Omer Bar Lev said a week ago following police recommendations that he would allow the march to proceed along its usual route.

Hamas fired missiles at the Israeli capital last year on May 10, the day set for the 2021 Flag March, launching the 11-day mini-war that came to be known as “Operation Guardian of the Walls.”

Police Commissioner Kobi Shabtai ordered police to move to high alert on Wednesday in Jerusalem and in cities around the country with a mixed Jewish-Muslim population in advance of the march.

Starting Thursday, uniformed and plainclothes officers, and Border Guard Police will be deployed at hotspots around the capital, including the Temple Mount and in the Old City.

Jews will still be allowed to ascend the Temple Mount, said Jerusalem District Commander Doron Turgeman, including on Sunday, “pending developments at the site.”

Police carried out more than 100 preventive arrests in advance of the march, focusing primarily on residents of Arab neighborhoods in eastern Jerusalem and northern Israel.

Earlier this week, Hamas leader Ismail Haniyeh warned in a speech marking the one-year anniversary since the mini-war that there were “calls to storm Al Aqsa Mosque and hold a march of flags.

Warning Israel against “committing such crimes,” Haniyeh said “the resistance… in Jerusalem and the West Bank will not allow or accept that such Jewish nonsense passes at Al Aqsa.

“We will confront it with all possibilities, and we will never allow the Al Aqsa Mosque to be violated,” he added.

The Hamas leader was clearly setting the stage for new hostilities, in asmuch as the route of the march does not, and never has, entered the Al Aqsa Mosque, nor the Temple Mount compound in which it is located. 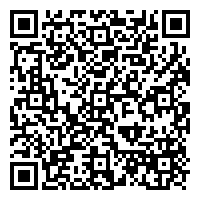