Hamas is investigating the possibility that a suicide bomber parked a booby motorcycle with explosives near the Hamas policemen at a central junction in the Tel al-Hawa neighborhood in southwestern Gaza City, and then proceeded to another checkpoint of Hamas police, possibly on foot, where he blew himself up within an hour of the first blast.

Al Jazeera reported that the explosions were caused by two suicide bombers.

Hamas cleared some of its checkpoints in the Gaza Strip following the two blasts that killed the policemen.

Ma’an reported Wednesday morning that the security services in Gaza announced they have the first leads regarding the identity of the killers.

The Hamas Interior Ministry announced a state of emergency for all security and police services. It also blamed “the Israeli occupation and its agents [who] are constantly working to undermine the security and stability situation in Gaza, using various methods.”

The Interior Ministry’s statement also said: “The sinful hands that committed this crime will not go unpunished.” It called “on all sectors of the Palestinian people and factions to condemn this cowardly act, and to stand united in the face of this pariah group, which seeks to provoke chaos, and hit the home front.”

The ministry added: “We also thank our people for their cooperation with the security services in working to uncover the perpetrators and those behind them.”

So, not much so far as investigations go. 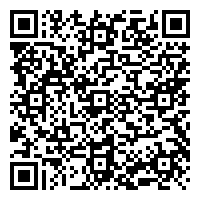