Over 100 Israeli properties have been damaged in the past two days by rockets fired by the Islamic Jihad terror organization from the Gaza Strip, the Tax Authority reported Sunday.

Immediately after the launch of Operation Breaking Dawn on Friday afternoon, the Tax Authority prepared to respond to citizens whose property was damaged as a result of the rocket attacks.

Terrorists in Gaza have launched over 600 rockets at Israeli cities and towns, including at Tel Aviv and the Jerusalem area. While the Iron Dome defense batteries have been successful in intercepting 95% of the rockets, some exploded in Israel and caused damage to homes, factories, and cars.

Tax Authority employees of the compensation fund visited the sites hit by the attacks and provided the necessary initial assistance to citizens whose homes or property were damaged. Appraisers and engineers assessed the damages.

So far, the hotline has received about 100 reports of damage to property. The property tax compensation fund estimates that there are still about 50 cases of damage that have not yet been reported due to the absence of residents from their homes. 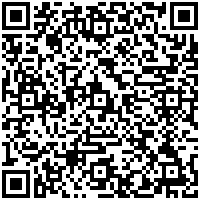