Many in the Gaza Strip have expressed anger following about 120 rockets fired by the Islamic Jihad terror organization at Israel which fell short in the Strip, some of them killing civilians.

In two separate incidents, on Saturday and Sunday, Islamic Jihad terrorists attempted to launch rockets at Israel from the area of ​​the Jabaliya refugee camp in the northern Gaza Strip.

The first incident on Saturday ended with a rocket exploding near the Emad Akel Mosque, killing five residents, including four children and a 19-year-old man.

On Sunday, the Islamic Jihad failed in a launch, and a rocket that exploded in the camp, near the Tuba Mosque, resulted in the killing of two residents of the Jasser family.

On social media, residents expressed anger at the Islamic Jihad that chose to shoot from within population concentrations.

In several Telegram groups, residents were asked not to publish videos and not to comment on an event that is being used by the Israeli enemy as “propaganda”.

The IDF was quick to publish evidence showing that the Islamic Jihad was responsible for the deaths.

In one group, a resident named Anas Sharif, who published a video of one of the misfires, wrote that “one missile from the barrage fell in a populated neighborhood.” He was required to delete the publication. Faras Adnan, who saw the post, wrote “the publishing is not necessary”. Others also joined the demand to delete the incriminating video.

In one group, Ak Hakika (the truth), members mocked the Islamic Jihad.”If (you were successful in the launch) and the Islamic Jihad rocket had not fallen in Jabaliya, then there would have been children in Israel killed.” Another group wrote “Now you understand why Israel needs to destroy this terrorist organization? To protect the children of Gaza!”

In another group, it was written that “there was great anger in Jabaliya after it became clear that a missile fired at the Gaza Strip, (exploded) in the place where the Shahids died.”

Photographs of the Telegram groups were circulated on Twitter and the tweets read “we strongly condemn the rocket launch by the terrorist Jihad movement at the homes of the residents of Gaza,” saying that the Islamic Jihad did so on purpose “as revenge for their refusal to stand by (the organization’s) side.”

“The video here clearly shows an Iranian missile launched by the Jihad movement and failed and returned to the ground, and then the massacre in Jabaliya took place and the children were murdered,” the statement added.

The tweets read “This is not the first time” that rockets have been fired from population centers.

According to other counts, at least nine Gazans have been killed by rockets fired by the terror group.

TPS has previously exposed the Islamic Jihad’s attempts to hide the killing of Gazan residents as a result of their misfired rockets.

In 2019, TPS reported that the Islamic Jihad admitted that a baby that was killed in Gaza during the latest escalation died as a result of a misfired rocket, despite initial claims she was killed in an Israeli strike.

TPS has learned that the baby was killed when Islamic Jihad terrorists launched a rocket towards Israel from within a populated area in the east of Gaza City, but the rocket misfired and landed short, exploding in a nearby house and killing the baby.

The baby’s mother was not killed, but she did have a miscarriage.

Mahmoud H., a local resident, told TPS about a massive pit he saw inside the house after the rocket’s explosion. 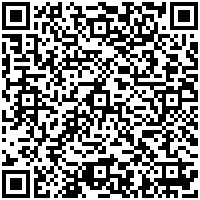