An outraged Prime Minister Benjamin Netanyahu said in a statement Saturday night that the International Criminal Court (ICC) at The Hague, “established to prevent atrocities like the Nazi Holocaust against the Jewish people,” is now “targeting the one state of the Jewish People” instead.


The remarks were made in response to a ruling handed down by the ICC on Friday legitimizing jurisdiction for a war crimes investigation into the actions of the IDF in the territories of Areas A, B, and also Area C as well as in Gaza and post-1967 Jerusalem as well.

“When the ICC investigates Israel for fake war crimes – this is pure antisemitism,” Netanyahu said.

“First, it outrageously claims that when Jews live in our homeland, this is a war crime.

“Second, it claims that when democratic Israel defends itself against terrorists who murder our children and rocket our cities – we are committing another war crime.

“Yet the ICC refuses to investigate brutal dictatorships like Iran and Syria, who commit horrific atrocities almost daily.

“As Prime Minister of Israel, I can assure you this: We will fight this perversion of justice with all our might!”

ICC Decision Declares Palestinian Authority a State
The ICC decided in a 2-1 decision that it has the jurisdiction to rule on cases in “Gaza and the West Bank, including East Jerusalem.”

A statement released by the ICC said the Court “decided, by majority, that the Court’s territorial jurisdiction in the Situation in Palestine, a State party to the ICC Rome Statute, extends to the territories occupied by Israel since 1967, namely Gaza and the West Bank, including East Jerusalem.”

In the decision, the Court said the ICC is “not constitutionally competent to determine matters of statehood that would bind the international community. By ruling on the territorial scope of its jurisdiction, the Chamber is neither adjudicating a border dispute under international law nor prejudging the question of any future borders. The Chamber’s ruling is for the sole purpose of defining the Court’s territorial jurisdiction.”

Furthermore, the Court went on to reinforce in its statement that the Palestinian Authority really is a sovereign state, regardless of arguments to the contrary, and in fact used the United Nations’ resolution on the matter to determine its own jurisdiction in the current case.

The Court added that “among similarly worded resolutions, the General Assembly of the United Nations in Resolution 67/19 “[reaffirmed] the right of the Palestinian people to self-determination and to independence in their State of Palestine on the Palestinian territory occupied since 1967″. On this basis, the majority, composed of Judge Reine Adélaïde Sophie Alapini-Gansou and Judge Marc Perrin de Brichambaut, found that the Court’s territorial jurisdiction in the Situation in Palestine extends to the territories occupied by Israel since 1967, namely Gaza and the West Bank, including East Jerusalem.”

ICC Also Delegitimizes, Ignores Oslo Accords
The Court further determined by a 2-1 vote that “the arguments regarding the Oslo Agreements, and its clauses limiting the scope of Palestinian jurisdiction, are not pertinent to the resolution of the issue of the Court’s territorial jurisdiction in Palestine. Such matters and other further questions on jurisdiction may be examined when and if the Prosecutor submits an application for the issuance of a warrant of arrest or summons to appear.”

The dissenting judge on the bench, Judge Marc Perrin de Brichambaut, appended a partly separate opinion on the reasons for which article 19(3) of the Statute is applicable in the present situation.

The Court added that “Judge Péter Kovács, Presiding Judge, appended a partly dissenting opinion, in which he disagrees on the fact that Palestine qualifies as ‘[t]he State on the territory of which the conduct in question occurred’ for the purposes of article 12(2)(a) of the Statute, and that the Court’s territorial jurisdiction in the Situation in Palestine extends – in a quasi-automatic manner and without any restrictions – to the territories occupied by Israel since 1967, namely Gaza and the West Bank, including East Jerusalem.”

ICC Prosecutor Colluded with Terror-Linked NGOs
“The decision from the ICC is hardly surprising,” commented NGO Monitor Legal Adviser Anne Herzberg. The ICC Prosecutor has been gunning for Israel for several years and has been working closely with European-funded terror-linked NGOs to craft bogus indictments against Israeli officials.

“The fact that Palestine is not a state, that the Oslo accords expressly prevent the Court from asserting jurisdiction, and that the Prosecutor made up a fake rule to go after the Jewish state, were ignored. And the judges have repeatedly flouted the ICC’s own procedures to try and manufacture a case against Israel.”

NGO Monitor together with three other groups jointly filed an amicus brief with the ICC that lays out the legal and factual flaws behind the argument that the ICC has jurisdiction.

“In other words, anti-Israel animus and political machinations are more important to the Court than preserving its credibility,” Herzberg said. “European donors of the terror-tied NGOs and the Court share responsibility for this legal travesty.” 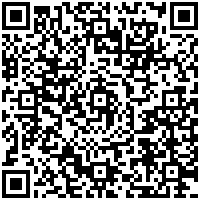