The New York Times reported in a feature written by David D. Kirkpatrick on Saturday that although Egypt denounced President Donald Trump’s recognition of Jerusalem as the capital of Israel, there has been a quiet move by intelligence officials in Cairo to prepare the public for a completely different reality, one in which the Palestinian Authority will have to live with making concessions of its own for the first time ever.

According to the report, Egyptian intelligence officer Captain Ashraf al-Kholi placed phone calls to four top talk show hosts in the country, explaining it was time to help their viewers accept this decision rather than condemn it.


“How is Jerusalem different from Ramallah, really?” he asked in each of the four telephone conversations that were recorded – and whose recordings were somehow obtained by The New York Times.

“We, like all our Arab brothers, are denouncing this matter,” Captain Kholi said. But he added that eventually “this thing will become a reality…. and we don’t want to go to war. We have enough on our plate as you know.”

At least one of the talk show hosts, Azmi Megahed, agreed. Megahed is deeply invested in avoiding a fresh outbreak of violence. “Another intifada would be bad,” he told The New York Times. “We should have buses pick up all the people who say they want to go fight for Jerusalem and actually drive them to Jerusalem. Go fight if you are so tough. People are sick of the slogans and all that. I only care about the interests of my country.”

Kholi said an intifada would not serve Egypt’s national security interests because an intifada would revive the Islamists and Hamas. “What matters is ending the suffering of the Palestinian people,” Captain Kholi said. “Concessions are a must and if we reach a concession whereby Jerusalem will be — Ramallah will be the capital of Palestine, to end the war and so no one else dies, then we would go for it.”

Egypt voted in favor of the United Nations General Assembly resolution condemning President Trump’s decision, and his order to move the American embassy from Tel Aviv to Jerusalem.

The Political Deadlock in Israel – The Tamar Yonah Show [audio] 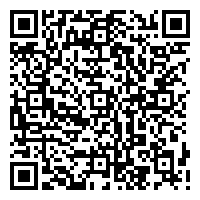