A Border Guard Police officer is hospitalized after an attack by a 17-year-old Arab teen from the Palestinian Authority city of Tulkarem who posted a vow Saturday on Facebook to become a “shahid” (martyr) before leaving home to attack Israeli police.

The young wannabe-killer traveled to the intersection leading to the Jewish community of Tapuach, and stabbed an Israeli Border Guard Police officer stationed at the junction.


Having attempted to bury his knife in the flesh of a police officer, young Qutaiba Zahran made it clear he was a deadly threat. Fellow police officers opened fire, eliminating that threat.

Israel’s Channel 2 television news reported Saturday that he left a note for his parents, saying he had gone out to conduct a “revenge attack” and not to mourn him because he was now a “martyr.”

A 21-year-old police officer was wounded, reportedly sustained a shrapnel wound as a result of the gunfire. Some media reports said, however, that the young teen terrorist had managed to reach him with the knife before he was taken out by fellow police officers.

Paramedics from Magen David Adom and IDF medical officers at the scene treated the police officer. He was conscious when he was taken to Beilinson Medical Center in Petach Tikvah, and is reported in stable condition.

The teen terrorist may have been inspired from the countless “how to” videos posted by radical Islamic clerics in the PA who urge youth to uphold family honor in precisely such a fashion.

But those videos don’t ever talk about how – or even whether it’s honorable – to escape such a situation once the attack is in play.

‘Martyrdom’ is supposed to be the goal: the Palestinian Authority government goes to great lengths to encourage violence against Israel, paying generous lifetime subsidies to families of those who die in the effort to murder Jews.

The ‘pay to slay’ policy of the Ramallah government currently costs the Palestinian Authority an average of nearly half of the foreign aid it receives from abroad – approximately $300 million per year. 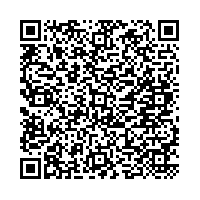