At the largest illegal dump in Judea and Samaria, untreated waste continues to pollute the entire ecosystem – with no indictments against the perpetrators.

Under the cover of the first corona shutdown, the Ramallah Municipality dumped thousands of truckloads of untreated refuse into an abandoned quarry at the headwaters of Nahal Makoch. The Civil Administration admits: Only three trucks were impounded, and no indictments were filed against the criminals. Regavim: “The mountain of waste remains, despite the Civil Administration’s claims to the contrary.”


The mountain of waste dumped during the first corona lockdown by the Ramallah Municipality at the Nahal Makoch water basin is made up of more than 10,000 cubic meters of household and industrial waste. More than six months after the Regavim Movement filed an official complaint, “Mount Trashmore” remains precisely as it was, and in an official response to Regavim’s recent query, the Civil Administration admitted that no indictments have been filed against those responsible for this environmental disaster.

Last year, during the first lockdown, imposed to combat the spread of the coronavirus, the Ramallah Municipality took advantage of the furlough of enforcement inspectors, and over the course of just a few weeks, thousands of garbage trucks dumped their contents into an abandoned quarry located only hundreds of meters from Binyamin Region Police Headquarters.

Last summer, after Regavim sent an urgent alert to the Civil Administration (CA) which is responsible for law enforcement in the area, the CA replied that they had halted all further dumping at the site and had carried out a number of enforcement actions. Regavim submitted a freedom of information request, to obtain details of the enforcement activity. From the CA’s reply, received earlier this week, we learned that in fact only two garbage trucks and an excavator were impounded, and the vehicles’ owners were charged only for the impound expenses.

The Civil Administration admitted that although the perpetrators were caught in the act, no indictments have been filed against them. In addition, the huge mountains of trash have not yet been removed from the area, contrary to the Civil Administration’s statement that “the owner of the machinery is required to remove the waste and level the area,” and that “these steps were completed out some time ago.”

“Almost a year has passed, and not one of the authorities responsible for dealing with hazards of this nature has taken responsibility,” said Eitan Melet, Regavim’s Field Coordinator for Judea and Samaria. “The criminals got off virtually scot-free, without any criminal indictments, no clean-up costs, no punitive fines – while the entire ecosystem is paying a heavy price.”

“The heaps of untreated garbage contaminate the topsoil, and runoff flows into the nearby creek channel, seeping into the groundwater, polluting the Makoch Valley and Wadi Qelt,” Melet continued. “This is eco-terrorism, and the official entities that should be responding to it with swift, decisive action to repair the environmental damage and create a deterrent for other eco-criminals – the Ministry of Environmental Protection and the Civil Administration – are allowing this monumental failure to persist.” 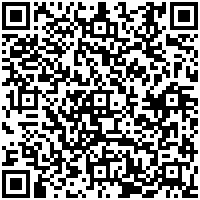