A large terror attack was averted on Friday as an Arab terrorist, 39, from Ramallah, was arrested after stealing a truck and making his way into “green line” Israel looking to run over a group of IDF soldiers.

An Israel Police spokesperson reported that Police had received a report Thursday about a truck that stolen from the city of Holon and was making its way to Rishon LeZion.


A police force located the truck in the Beit Dagan area, just outside Rishon LeZion, and ordered the truck driver to stop, but he began to flee towards Rishon Lezion. As he was fleeing, the driver rammed a private car and a police car, until he was finally stopped by police on Moshe Dayan Street, a main boulevard in Rishon LeZion.

In his interrogation, the suspect admitted that he had stolen the truck in order to carry out an attack against soldiers in the central region of the country. 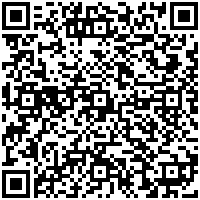