PLO Executive Committee member Azzam Al-Ahmad condemned the move of the Paraguayan embassy to Jerusalem, calling for punitive political and economic measures to be taken against any country that moves its embassy to the Holy City.

In an interview with Voice of Palestine radio, Al-Ahmad called on Arab and Islamic countries to implement the Arab and Islamic summits and take concrete and practical steps by rethinking its relations with countries that are moving their embassies to Jerusalem.

Saeb Erekat, secretary general of the Executive Committee of the Palestine Liberation Organization (PLO), on Monday also condemned the opening of the Paraguayan embassy in Jerusalem and called for an Arab boycott of states that move their embassy to Jerusalem.

“We have witnessed today how the Paraguayan president is an irresponsible political leader by defying international law and the achievement of a just and lasting peace in the Middle East,” Erekat said in a statement. “By opening its embassy in Jerusalem, Paraguay is violating United Nations Security Council Resolution 478 as well as the very dignity of the peoples of Latin America that have struggled for freedom and justice against domination and oppression.”

Erekat said that the Palestinian Authority is already in contact with several allies to advance with the necessary diplomatic steps against the “recent illegal moving of the embassies of Paraguay, Guatemala, and the United States, to Jerusalem.”

“We particularly call upon Arab countries that host the diplomatic missions of these countries to implement the previous resolutions of the Arab League of 1980, 1990 and 2000 of ‘severing all ties with states that transfer their embassies to Jerusalem or recognize Jerusalem as the capital of Israel,’” Erekat said.

With regard to the US administration’s intention to present its plan for a new peace process next month, PLO Executive Committee member Al-Ahmad said that the deal of the century ended irreversibly even if Washington does not understand that “by declaring that it is a partner in the aggression against our people and national rights it is not qualified to put forward any political initiatives.”

Al-Ahmad stressed that the PLO leadership in cooperation with the Arab countries have the ability to thwart any “conspiracies against our cause.”

Al-Ahmed also said that the plot aimed at the “Palestinian cause” requires Hamas to promote reconciliation, end the division and enable the reconciliation government to exercise its function.

Outraged PLO Leader Labels Sudan-Israel Meeting ‘Stab in the Back’ 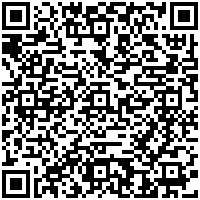