The Yasser Arafat Foundation said on Tuesday that it plans to sue any party that stole or claimed possession of any part of the notebooks of the late terrorism mastermind. The Foundation pointed specifically at the Italian magazine L’Espresso, which last Thursday published “the secret diaries of Arafat,” reportedly excerpted from 19 volumes, written by Arafat between 1985 and a month before his death in a Paris hospital in 2004.

According to the diary excerpts, Berlusconi sought Arafat’s help when he was accused in the late 90s of illegally paying $6.2 million in untaxed money to the Italian Socialist Party, in a mutual-interest deal. At his trial, Berlusconi said the money had been donated to the PLO. Arafat wrote in his diaries that he had never received a penny from Berlusconi, but agreed to meet Berlusconi at a secret location in 1998, where Arafat agreed to confirm the false claim – in return for a large, unspecified bribe.

“What L’Espresso magazine has published regarding what it claimed were Yasser Arafat’s diaries is illegal and violates journalistic ethics,” said Nasser al-Kidwa, head of the Yasser Arafat Foundation, stressing that “the magazine is well aware that it has received them illegally and without the consent of the stakeholders; in other words, this material is stolen.”

At the same time, al-Kidwa also insisted the published excerpts “are false and that there are no copies or parts of Arafat’s notes in the possession of anyone.”

Al-Kidwa stated that “the Foundation, with the support of the concerned authorities, will take the necessary legal measures to prosecute anyone who stole or claimed possession of any part of these books and to prosecute anyone who tries to distort the symbolism of President Arafat and his struggle, to serve suspicious agendas.”

So, to recap, the diaries are stolen, nothing cited from them is true, and they don’t exist. That’s a heck of a lawsuit. 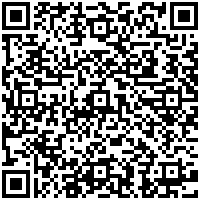