Teenage Palestinian Authority soldier-slapper Ahed Tamimi is back to inciting against Israel and Israelis again – the same kind of behavior that landed her in an Israeli prison barely a year ago – and may yet send her back if she doesn’t learn to watch her Ps and Qs, or at least her mouth.

This time she’s decided that she authority equal to that of any Islamic cleric, ruling it is “permissible (according to religion) to kill” MK Yehuda Glick.


“Justice Ahed’s” decision was handed down via her Instagram account:
“My soul is disgusted when I understand that he remains alive. It is better if he were dead. I hate him. Yehuda Glick is the most disgusting person on earth. It is permissible (according to religious) to kill him,” she wrote in Arabic.

Glick re-posted and translated her wishes for him into Hebrew to make sure all of Israel could understand, introducing the post with the cheery greeting, “What a sweetie Ahed Tamimi is, really!” and concluding with a “fare thee well” at the bottom of the post: “There is no sweetness like this, anywhere.”

For those unfamiliar with this “little sweetheart” – Tamimi was a long-time social media video star in clips showing her as a child and pre-teen screaming and sometimes throwing things at Israeli soldiers who were forced to stand stoically putting up with her nonsense. The videos were then circulated by her family, building a presence for the blue-eyed little girl with the long and frizzy camel-blonde hair.

In December 2017, at age 17, she was arrested for slapping an IDF soldier in an incident proudly filmed by her doting family, which went viral on Arab social media. Tamimi was subsequently sentenced by a military court to eight months in prison after a plea bargain deal was worked out. 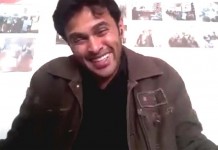 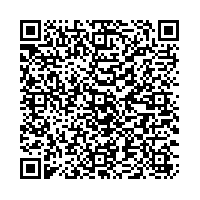