The International Football (Soccer) Association has issued a 12-month ban against the head of the Palestinian Authority Football Association, prohibiting Jibril Rajoub from attending FIFA soccer matches in an official capacity for a year, beginning Friday, August 24.


Rajoub was sanctioned for inciting hatred and violence toward Lionel Messi, urging Arab soccer fans to burn Messi posters and shirts if he played in an Argentina game in Israel this past June. As a result, Argentina canceled its World Cup warmup match with Israel’s team.

In its ruling, the FIFA disciplinary committee cited Rajoub’s calls to football fans “to target the Argentinian Football Association and burn jerseys and pictures of Lionel Messi.”

“It’s high time the Palestinian leadership should understand that incitement to hatred and violence is hateful, dangerous and totally unacceptable.” 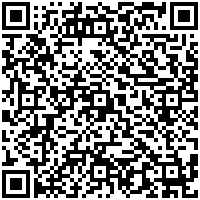