Palestinian Authority Prime Minister Rami Hamdallah on Monday announced a plan for $17 million worth of development projects in Hebron, WAFA reported. The renovation projects include the “Ibrahim Mosque,” a.k.a. the Cave of the Patriarchs.

Last year, UNESCO’s World Heritage Committee announced that the cave and the old city of Hebron would be recognized as a Palestinian heritage site.


Yishai Fleisher, spokesman for the Jewish community of Hebron, told The Jewish Press Online: “The Palestinian Authority has been responsible for blocking our proposed renovation and development at the Cave of the Patriarchs, like handicapped access, an elevator, a roof to protect visitors from the rain – they blocked all of our proposals using their veto power. Now here they come up with a fantastic claim that they wish to renovate?”

“It’s all about their assertion of power and control,” Fleisher said, “Just as UNESCO tried to do with its proclamation of the Cave as a Palestinian site – which aroused a wave of protests from across the Jewish world.”

“If the PA wants to dedicate $17 million, the government of Israel should declare we will spend $34 million to assert our ownership over the Jewish city of Hebron,” Fleisher suggested. “We will develop it into the greatest historical Jewish site in the world.” 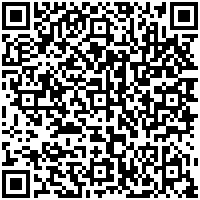