After a few days’ pause, the IDF made 7 arrests overnight Wednesday, Channel 13 News correspondent Alon Ben-David tweeted, noting that in a number of places the forces encountered Arab rioters, but there was no friction with Palestinian Authority security forces. Which means two things: the PA security forces are once again cooperating with the IDF; and the IDF continues its aggressive anti-terror policy under recently appointed Chief of Staff Aviv Kochavi.

According to Haaretz on Wednesday (The disconnect between the PA and Israel has grown, and Kochavi has been escalation that would follow a July annexation), IDF Chief of Staff, Lieutenant General Aviv Kochavi, recently told senior IDF officers that he is issuing an alert about possible escalation in the liberated territories in July, in preparation for Prime Minister Benjamin Netanyahu’s plan to annex the Jordan Valley and the settlement blocs. Netanyahu wants to apply Israeli law there as early as July 1, having said “There is a deadline and we will not change it.”

According to Amos Harel, the Haaretz military commentator, Kochavi’s remarks refer more to Judea and Samaria than to the Gaza Strip. So far, IDF forces in Judea and Samaria have not been reinforced, despite an increase in the number of terrorist attacks there over the past two weeks. But towards July, the military is preparing to implement operational plans to meet the anticipated violent outbreak, which will surely be orchestrated by Ramallah ahead of and following the promised annexations.

Two Israeli military experts, former IDF spokesman Yoav “Poly” Mordechai, and Head of the Palestinian Studies Forum at the Moshe Dayan Center for Middle Eastern and African Studies Michael Milstein, wrote on Monday in the Washington Institute for Near East Policy (Is the Wolf at the Gates this Time? Addressing the Crisis in Israeli-Palestinian Ties) that “the drastic new declaration by Palestinian Authority President Mahmoud Abbas abrogating PA commitments to its political agreements with Israel, including security cooperation, has aroused great concern among both Israelis and Palestinians.”

The Abbas move follows “a decade of relative calm in the West Bank, despite a series of severe bilateral crises: three wars in Gaza, the ‘knife intifadah’ starting in late 2015, the U.S. embassy move to Jerusalem in 2018, and the release this past January of President Trump’s ‘Deal of the Century’ plan,” Mordechai and Milstein write.

“The PA is intensely concerned with possible Israeli annexation plans in the West Bank, intended to change the facts on the ground and create a new fait accompli in that territory. From the Palestinian perspective, the move would be an attempt to exploit the current global preoccupation with the coronavirus and the exceptionally tight ties between the Israeli government and the current U.S. administration,” they note.

Indeed, not only are countries around the world too concerned with their own woes to worry about the plight of a couple million PA and Gaza Arabs, but, according to a Wednesday report in Israel Hayom (Under the radar: Arab states signal consent to sovereignty), while the sovereignty plan appears to provokes great unrest and fury in the Arab world and fears of a deterioration, “it turns out that behind the scenes, the Arab leaders sound a little different and are in no hurry to lie down on the barbwire fence for the Palestinians.”

Democratic presidential candidate Joe Biden has played the role of a useful idiot in this story, when last week he declared he opposes an Israeli annexation of parts of Judea and Samaria, as part of his general opposition to “unilateral steps” that would “undercut the prospects for peace.” Which suggests that if Netanyahu is serious about applying limited sovereignty, he should do it before the November elections.

Mordechai and Milstein suggest that an erosion in the coordination between PA and Israeli security forces could give rise to a variety of threats, “starting with scuffles arising from Palestinian attempts to prevent the entry of Israelis into PA areas, as has occurred routinely until now; through a decrease in the motivation of Palestinian security components to act against terror cells planning attacks against Israel; and ending up in increasing extremism among some Palestinian security (and Fatah party) cadres, interpreting their leadership’s militant declarations as a green light to promote violence against Israel on their own.”

Of course, the two authors are quick to point out, “the PA is aware that such developments could result in a severe escalation with the potential to trigger the PA’s own collapse; it has thus adopted a very cautious stance in this regard. Yet in the current situation, dynamics on the ground could prove more powerful than the leadership’s calculations, escalating even if the latter has neither desired nor planned for it. Early signs of this potential are evident lately among the ranks of the Tanzim, the Fatah militia units in the field.”

And so, while the IDF chief—probably the best man at that helm in decades—is preparing to give the prime minister the security cover he would require to carry out the partial annexation, Netanyahu is the one left with the decision: risk a tumultuous summer in Judea and Samaria in order to keep his promise to the base, or opt for less friction at a possible cost to his popularity on the right. 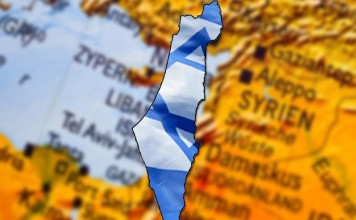