Israeli security forces raided the neighborhoods of Jabal Abu Rumman, Sharif and Abu Sneineh in Hebron, as well as Ramallah and other Arab communities in Judea and Samaria and the Jordan Valley overnight, arresting 14 wanted individuals, 10 of whom are suspected of terrorist activities and violent rioting.


IDF forces in cooperation with the police and the Shin Bet shut down a printing press in Ramallah, which was a source of materials used to incite terrorism.

In Hebron, the forces seized terrorist funds worth tens of thousands of shekels from Hamas terrorists.

Searches for weapons conducted by the IDF and Border Police yielded three weapons in the villages of Salem and Na’alin. 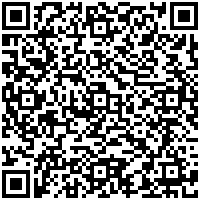