A confidential meeting of the Knesset Subcommittee on Civil and Security Affairs in Judea and Samaria at the beginning of the week revealed a Defense Ministry plan to halt the PA takeover of Area C, Makor Rishon reported Friday.

Area C is entirely under Israeli control according to the Oslo agreements, and until a year ago, the defense establishment handled every case of illegal Arab construction in the Israeli-controlled areas locally. However, this week, the assistant to Defense Minister for settlement affairs, Kobi Eliraz admitted before the committee that the security establishment had identified a PA trend for an organized takeover of the area.

According to Ottoman law, any unclaimed cultivated area that the State of Israel has not taken steps to withhold, effectively belongs to the persons who worked there last. It is enough to plow a piece of land to transfer its ownership. Which is how Arab agriculture has been thriving near Neve Daniel and Netiv Ha’Avot, at the foot of Mount Gilo, and in virtually any area empty of Israeli settlements.

In this manner the Arabs are chipping away at the continuity of Jewish settlement, creating an unhindered continuum that favors a future Palestinian state.

This is the first time the state has recognized the PA program which the Regavim movement has pointed out several years ago. Now, apparently, the Defense Ministry is working to thwart this trend.

“Since 2009, the Palestinian Authority has been laboring to violate the Oslo Accords, to take control of Area C and to create Palestinian contiguity in Judea and Samaria as a base for the state, and to encroach on the land reserved to Israelis,” said committee chairman MK Moti Yogev, who says he has been monitoring the problem, among other things via the reports by Regavim.

Yogev said that the PA had entrusted the implementation of the plan to the “Office for the Coordination of Strategic Control of the Palestinian Authority on Area C,” which coordinates all PA activity in the area.

Tens of millions of euros are invested in this illegal endeavor, courtesy of the European Union and under the guise of “helping the Palestinian farmers,” in violation of the Oslo Accords and with undermining Israeli sovereignty over the territory in question. Volunteer who move to Area C receive a financial incentive from the PA for working in agriculture as well as on infrastructure projects such as paving illegal roads.

The Association of Agricultural Committees was founded in 1986 to provide assistance to Arab farmers, and is one of the channels through which the European Union funds pass to fund this takeover project. For example, 123 acres of Sdeh Boaz, which originally had 740 acres, were lost only because the area was occupied by Arab farmers. And in Netiv Ha’Avot, which is slated for demolition next week, local settlers have lost their homes because of a few Arab owned trees.

Despite the blatant illegality of the entire enterprise, the Defense Ministry does not intend to act retroactively, which the say would be almost impossible, but instead plans to dedicate its efforts to stopping any future PA activity in Area C.

“We identified the problem and it is more important for us to stop the expansion than to deal with it retroactively. Our goal is to keep the area open,” sources in the defense establishment told Makor Rishon. 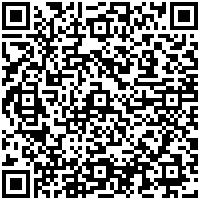