The mother and brother of the terrorist who murdered two of his coworkers at the Barkan industrial zone last month were indicted yesterday (Thursday Nov. 15) in the military court. They were charged with not preventing the attack by Ashraf Walid Suleiman Na’alwa, who executed 29-year-old Kim Levengrond-Yehezkel of Rosh Ha’Ayin and 35-year-old Ziv Hajbi of Rishon Lezion. He also shot and seriously wounded a third coworker.


The indictment made clear that the defendant’s mother knew the terrorist had weapons and that he was training with them, the IDF said in a release to media.

In addition, two weeks before the attack, Na’alwa told his mother that he intended to carry out an attack, and die as a shahid (martyr).

“His mother informed Na’alwa’s brother of these details; why didn’t the two act to prevent the attack?” the prosecutor’s office pointed out in the court papers.

In addition, the brother is charged with the additional offense of attempting, after the attack, to hide the tape recorder of the security cameras in their home.

These indictments are being added to the other indictments in the case against additional suspects who did not prevent the attack.

The IDF Spokesperson’s Unit said the Military Prosecutor’s Office has requested that the defendants be remanded until the end of the proceedings.

Na’alwa has not yet been located; he remains at large and is considered armed and dangerous. 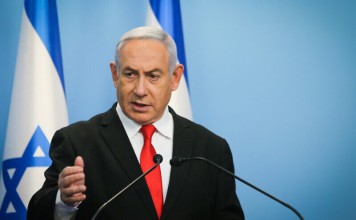