PA Chairman Mahmoud Abbas’ Deputy in the Fatah leadership Mahmoud Aloul on Thursday visited the mourning tent set up in memory of the three terrorists who were killed this week in Shechem (Watch: Israeli Special Forces Kill 3 Terrorists in Heart of Shechem), and played a voice recording of Abbas who said: “We have been patient for 73 years but we will not be patient any longer. We have no choice but to give them back double what they’ve done to us because we are the victims, not the attackers. The assassination was a deliberate murder carried out by the oppressive Zionist occupier. These events will not pass quietly, it is impossible to remain silent about it.”

IDF special forces on Tuesday hunted down and killed a three-man terror cell in the heart of the city of Shechem. The three terrorists were responsible for at least five shooting attacks on Israeli soldiers and civilians in the Samaria area in recent weeks.


The three armed terrorists were in a vehicle when they clashed with the IDF force that sprayed them with a torrent of bullets (see the perforated windshield and body in the video below). They were identified as members of the Fatah’s al-Aqsa Martyrs’ Brigades.

Kan 11 news cited a security source that said “the squad that was killed was a ticking time bomb and intended to carry out more attacks” in addition to those it had already carried out.

The likely explanation for Chairman Abbas’ public rage has to do with the fact that competing terrorist groups, most notably Hamas, have already declared their rage at the elimination of terrorists in broad daylight, and Abbas couldn’t afford not to respond.

Hamas expressed sorrow over the “death of the three heroic martyrs from the fire of the Zionist occupation forces,” and added: “The heroic fighters have ascended to heaven after a respectable path of jihad and resistance against the occupation. Our nation will complete its path to victory. The path of resistance is carried on by young Palestinians who refuse to break down. We call on our people to attend their funeral in order to illustrate the heroism of the martyrs and to convey a clear message that we are the people of justice and that resistance is our way of restoring our rights.”

The PA Foreign Office announced that the IDF operation had been an execution, and the PA government demanded an “international investigation into the crime of IDF soldiers inside Shechem.” Shechem District Governor Ibrahim Ramadan announced a general strike in the city the next day.

Abu Muhammad, a spokesman for the al-Aqsa Martyrs Brigades, said that “what happened today in Shechem is a desperate attempt to eliminate the resistance. Al-Aqsa Brigades will respond to the cowardly action. I ask the members of the security services to be loyal to the blood of the three heroic martyrs and point their guns at the chests of the occupation soldiers. There will be a proper response to the elimination.”

Abu Muhammad’s announcement reflected the ongoing criticism by Hamas that by following the Oslo Accords and cooperating with Israeli security forces, the PA security service facilitates surgical eliminations such as the one carried out on Tuesday. 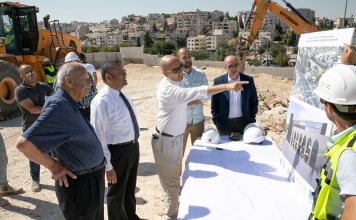 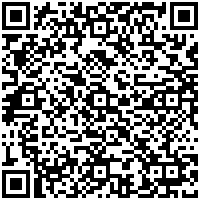