The Palestinian Authority announced on Friday that it would accept tax money collected on its behalf by Israel, this against the backdrop of a severe economic crisis it is experiencing.

Apparently, the PA will receive the money despite the fact that Israel will continue to offset the funds the PA uses to pay the salaries of terrorists in Israeli prisons and the families of dead terrorists.

Two anonymous PA officials told Reuters that under the new agreement, Israel would continue to offset those payments. This despite the fact that less than two weeks ago, at the UN General Assembly, PA chairman Mahmoud Abbas announced that his government would continue to pay salaries to terrorists.

“Even if I had only one penny left, I would’ve given it to the families of the martyrs, prisoners and heroes,” Abbas declared and received a round of applause from the delegates.

The amount of the offset is estimated at tens of millions of shekels a month. Since the authority announced that it would stop accepting the tax money, back in February, the offset amount has come to about 500 million shekel. The deficit incurred by the PA since then has accumulated to more than 3 billion shekel.

Hussein Al-Sheikh, chairman of the General Authority for Civil Affairs and member of Fatah Central Committee, said on Saturday that the joint Palestinian-Israeli technical committees would start meetings on Sunday to discuss all the unresolved technical issues, including changing the mechanisms for the payment of funds, and his government’s demand for the return of its “financial rights.”

Al-Sheikh said that he had met on Thursday with Israeli Finance Minister Moshe Kahlon (Likud), and the two sides “have reached an agreement to activate the joint committees to examine all issues, starting next Sunday.”

The latest agreement was also regarding the transfer of a payment from the collected PA taxes, he said, but did not specify the exact amount the PA would receive from Israel. He explained that “a dispute remains over the salaries of the families of prisoners and martyrs. We are determined to pay their dues at all costs.” 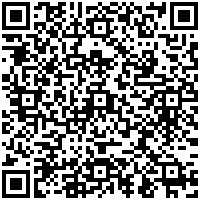