Monday will mark 20 years since the attack on the Sbarro pizza restaurant in Jerusalem in which 15 people were murdered, including five members of Schijveschuurder family, the two parents and three of their children, and 130 people were injured.

As a reward for carrying out the attack, each month the Palestinian Authority (PA) pays a total of $8,006 (NIS 25,800) to the imprisoned terrorists and the families of the dead terrorists who were involved in the attack, Palestinian Media Watch (PMW) reported.

The monthly PA salary payments to the imprisoned terrorists are codified in the PA Law of Prisoners and Released Prisoners of 2004 and regulations promulgated pursuant to the law.

Thus, “Government Decision No. (23) for 2010 regarding a regulation of payment of a monthly salary to the prisoner” sets the salary scale the PA pays to imprisoned terrorists, including additional benefits for married terrorists, terrorists who have children, and terrorists who are residents or citizens of the State of Israel.

In addition to the issue of payments, section 4 of the Law of Prisoners stipulates that the PA will not sign a peace agreement “without the release of all prisoners”, including terrorists like Abdullah Barghouti and hundreds of other terrorists like him, who are responsible for killing thousands of people.

The PA payments to the families of the dead terrorists are not regulated by law and are made based on internal regulations of the PLO Institute for the Care of the Families ‎of the Martyrs and the Wounded, which is entirely funded by the PA.

One of the main terrorists in the attack on the Sbarro restaurant was Ahlam Tamimi. Tamimi has confessed to choosing the target of the attack and leading the suicide bomber to the restaurant. Although Tamimi was convicted and sentenced to 15 cumulative life sentences, she currently lives in Jordan after being freed as part of the first part of the deal to secure the release by Hamas of abducted IDF soldier Gilad Shalit.

Before she was released, Tamimi was interviewed on Israeli Channel 1, and the interview was broadcast on PA TV. After explaining that she was the one who chose the target of the attack, Tamimi was asked if she knew how many children had been killed in the attack. When she heard that eight children had been murdered, Tamimi broke into a huge smile. 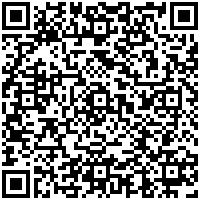