Leaders and security officials in the Palestinian Authority (PA) believe that PA head Mahmoud Abbas may make drastic decisions in response to the publication of the Deal of the Century peace Plan by President Donald Trump but support the avoidance of a dramatic response, a senior PA security official told TPS.

The senior security official, who attended the PA’s leadership meeting in Ramallah on Tuesday night, believes that the PA “doesn’t have to respond immediately and make a strategic decision now.”

Instead, the PA “should allow Israeli politics to ruin the Deal of the Century” and “await developments in the face of political instability in Israel, disputes in the Knesset and the fact that the prime minister [Benjamin Netanyahu] has been indicted,” the senior official, who spoke on condition of anonymity, said.

He criticized Abbas’ steps and said “they do not indicate calm.”

Last night, another senior PA official told TPS that he was in contact with political parties in Israel and that the PA’s leadership was waiting for the March elections results in hopes that the Blue and White party would win and change the political situation.

The security official further said that the PA has room for maneuvering, albeit limited.

“The Palestinian leadership must wait for political developments in the United States as well, as the US president is facing impeachment. The US has taken two years to draft the plan and it will probably take years to implement it, if at all,” he said.

TPS has learned that prior to the announcement of the plan in Washington on Tuesday, Abbas was presented with four security recommendations which included refraining from dismantling the PA, continuing to hold negotiations with Israel as a strategic choice, a statement in favor of continuing the Oslo peace process, and continuing the security coordination with Israel.

These recommendations are the reason for internal criticism in Ramallah of Abbas’ push toward renewed relations between Fatah and Hamas and his telephone conversation with Hamas leader Ismail Haniyeh last night.

“Abu Mazen [Abbas] is mistaken in his decision to meet Ismail Haniyeh, a politically dead man who is already considered a dead body by us. Abu Mazen’s decision breathes life into Hamas, and especially at a time that we can go with positive factors in the world,” said the senior official.

He estimates that Hamas will take advantage of Abu Mazen’s stance for its own needs and may even harm the security coordination with Israel, and this possibility is the reason for criticism of Abbas among senior officers and among Fatah leadership. 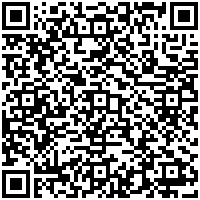