Palestinian Authority police over the weekend announced it would arrest members of the Al Qaws for Sexual and Gender Diversity in Palestinian Society, should they engage in public activities.

Police spokesman Col. Louai Irzeiqat said Al Qaws represented “a blow to, and violation of, the ideals and values of Palestinian society.”


Al Qaws began in 2001, as part of an independent local project at the Jerusalem Open House in Jewish western Jerusalem. It was formally established in 2007 and grew to become quickly the main NGO advocating for LGBT rights. Its stated goals are: supporting LGBT victims socially, medically and legally; engage the LGBT community’s members in productive and constructive artistic and cultural projects; and implement strategies to improve LGBT health and legal infrastructure.

Al Qaws has centers in eastern Jerusalem, Haifa, Jaffa, Ramalla, and Shechem. The group reported that the ban followed a “discussion-based event” it had run in Shechem.

Israel was rattled a few weeks ago when an Israeli Arab resident of a shelter for endangered LGBT was stabbed to death by his brother who had come down from the Arab Triangle in north-central Israel to “save the family’s honor.”

Of course, Al Qaws, which would not have come to life without active support from Israeli Jews, is an avid supporter of the BDS.

Colonel Irzeiqat said that the threat of arrests has for now deterred the group from carrying out a planned event in Ramallah. Also, according to the NY Times, the Al Qaws announcement for an overnight camping experience in late August, for “18-to-24-year-olds exploring sexual and gender pluralism” for people “from all over Palestine,” which means from Israel, too, did not provide a specific location for the event.

A kibbutz somewhere should be safe enough. 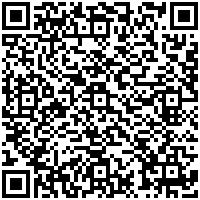