The Palestinian Authority (PA) approved, on Monday, an offshore gas deal for the Marine natural gas field off of Gaza’s shores in a deal brokered by Egypt and approved by Israel in a vote by PM Yair Lapid’s interim government’s cabinet. Ayelet Shaked voiced the only dissenting vote, a source in Bayit Yehudi told JewishPress.com.

The PA approval happened just a day before Israeli elections, and just weeks after Lapid gave away Israel’s rights to a section of its offshore gas-rich EEZ to Lebanon. The Marine gas field, discovered in the 1990s is 22 miles (36 kilometers) off the Gaza shore.

The PA initially signed a memorandum of understanding (MoU) for the development of the Marine offshore field in February 2021. The Egyptian Natural Gas Holding Company and the Palestinian Authority agreed to cooperate in developing the gas field, building a pipeline to Gaza and to one of two LNG liquefaction and export facilities in Egypt, according to a Globes report.

The PA formed the sovereign Palestine Investment Fund for the gas fields revenue and it owns 27.5% of the field, another 27.5% is owned by Consolidated Contractors Company (one of the first and largest Arab construction companies), and the remaining 45% will be owned and operated by Egyptian Natural Gas Holding Company, according to an al-Monitor report.

Palestinian Minister of Social Affairs Ahmad Majdalani denies Israel will receive any financial share in the revenue. Hamas has also insisted that Israel will not receive any revenue from the field.

Israel never officially relinquished its rights to the gas field, but in 2000 Ehud Barak gave Yasser Arafat, then chairman of the Palestinian Authority and the PLO, the right to drill for gas and keep the revenue, though an official agreement was never reached which would have allowed it to move forward.

The field is believed to contain 30 billion cubic meters (BCM) of natural gas. The cost to develop the field is estimated at $1 billion, and is estimated to generate between $7 billion to tens of billions of dollars in revenue.

The gas would also be used to fuel power plants in Hamas-controlled Gaza, and the financial share of gas revenue would officially go to the Palestinian Authority (PA).

Having access to so much funding would allow the terror-supporting organization to continue and even expand their Pay for Slay and other terror-incentive programs without concern that Israel might cut the collected tax revenue transferred to the PA.

The massive influx of funding will provide the terrorist organizations more independence in action, escalate their ability to fund terrorist activities, and acquire more weapons as their coffers grow.

A Hamas member told al-Monitor that they are focused right now on their war against Israel in Jerusalem, Judea and Samaria, so they are quietly discussing their stance with the other terror groups, but they do not want to get involved in openly bickering about the gas and revenue they will be receiving, as that would divert focus from their investment in “igniting” the region. 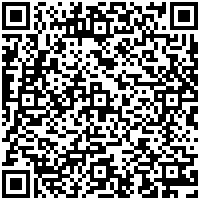