Prime Minister Benjamin Netanyahu paid a beside visit on Tuesday to recovering victim of terror Niv Gil Nehemia, who miraculously survived a horrific terror attack last week at the Shufersal supermarket where he works in Yavneh.

Nehemia, 43, was repeatedly stabbed in the head, neck and chest by a Palestinian Authority Arab resident of the Hebron suburb of Yatta who had illegally entered Israel to carry out a terror attack.


The supermarket worker continued to fight off his attacker, engaging him and keeping the terrorist from moving on to attack other people in the store.

“Niv is a hero,” Netanyahu said. “He simply fought with his bare hands against a terrorist consumed with hatred. He stopped and prevented a massive disaster.”

The father of five was rushed to Kaplan Medical Center in Rehovot with multiple wounds in critical condition. He underwent seven hours of surgery as doctors fought to save his life.

“We all prayed that he gets through this, and according to what we are seeing, our prayers have been answered and he will indeed get through this,” Netanyahu told reporters after seeing Nehemia at the hospital.

“I saw him with his family and it simply heartwarming. I applaud him and hug him in the name of all the people of Israel.

“One thing is for certain: The real answer lies in our courage and our willingness to fight against these murderers and those who dispatch them. That willingness and courage has been shown here today by Niv in a magnificent way.” 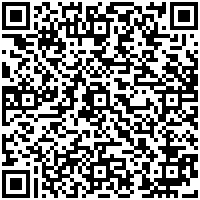