Last week, the IDF prepared to launch a large-scale arrest operation in Jenin, following the killing of Tiran Fero and the abduction of his body, and the plan remained in place after the body had been returned, having been approved by the brigade commander, the division commander and the chief of the Central Command. A final meeting to approve the plan was scheduled for Thursday afternoon, chaired by the Chief of Staff, Lieutenant General Aviv Kochavi, but on Thursday evening he canceled the meeting and decided, to drop the operation, for the time being, Kan 11 reported Friday night.

On Wednesday, Tiran Fero, an Israeli Druze schoolboy, 17, from Daliyat al-Karmel, was severely injured in a car crash near Jenin, where he was taking his car to a mechanic. He was taken to a local hospital for treatment, but a group of Arab terrorists calling itself the Jenin Brigades removed him from life support and held his body hostage.

Israeli Druze, including the victim’s father Tarif, blocked Highway 6 near Jenin and threatened to storm the city and retrieve Fero’s body, chanting “with soul and blood we will redeem Tiran.” The body of Tiran Fero was given back to his family early Thursday morning after intense diplomatic pressure from several countries, Israeli military threats, and the intervention of the Palestinian Authority (Terrified of the Druze, Arabs Return Stolen Boy’s Body).

According to Kan 11, Chief of Staff Kochavi argued that after the body had been returned resolved through dialogue and thanks to the efforts of the Palestinian Authority, the timing to carry out a wide-scale arrest operation was wrong.

The plan to enter Jenin with large IDF forces to carry out mass arrests of terrorists has been on the table for many months and the army is now waiting for the right opportunity to implement it, Kan 11 reported.

Asked for a comment, the IDF spokesperson responded: “We will not comment on internal discussions. The security apparatus works according to the operational assessment of the situation, and as part of this holds program approval meetings on a wide range of programs, as needed.” 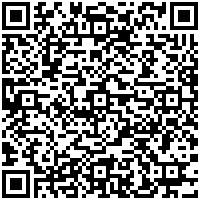