The Fight for Every Dunam forum (“dunam” was the Ottoman unit of area equivalent to .25 acres) on Thursday released a report titled, Mount Ebal: a Wake-Up Call – an exposé of the plan the Palestinian Authority is promoting at Joshua’s altar. The report suggests that in recent years, the PA has been investing efforts in paving roads as a means of taking over land on the Ebal ridge in general, and the historic site of Joshua’s altar in particular.

Now, official documents of the PA’s Local Government Ministry the Struggle for Every Dunam acquired by Fight for Every Dunam reveal a construction plan for dozens of lots in the area of the ancient Joshua’s Altar on Mount Ebal.

According to the plan, dozens of permanent homes will be built along the altar’s wall, essentially connecting the suburbs of the city of Shechem to Mount Ebal. Also, according to the plan, the altar itself will remain a green area, that is, a public park, surrounded by Arab homes that will be built on the wall itself and the rest of the area of the archaeological site which is an integral part of the historical site.

Fight for Every Dunam warns that the planned Arab neighborhood will lead to the deletion of the Jewish site. “According to the plans, most of the area of the site is going to be razed to gravel, and whatever is left will also be destroyed in short order and be completely out of Israeli control once the Arab neighborhood swallows it up.

Joshua’s Altar is an archeological site dating to the Iron Age I, located on Mount Ebal in Samaria. The Mount Ebal site was discovered by Israeli archaeologist Adam Zertal in 1980. Zertal, who later excavated the site for eight seasons, suggested it was Joshua’s Altar as featured in the Book of Joshua. This was debated in the 1980s, and these days, and many archeologists agree that the structure was a site of early Israelite culture in Eretz Israel.

The site made political headlines in 2021 when part of the site was damaged by PA municipal employees following the PA legal takeover of the area. The damage to the site promoted calls to declare the altar an archeological park under Israeli jurisdiction.

The PA enhanced its control over the site last summer, with the speedy construction of a road leading there through Area C––which is under full Israeli control. The road was paved in one Shabbat. 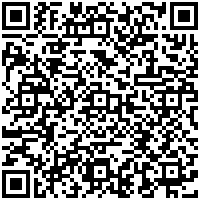