In a clandestine operation, on Thursday afternoon the Samaria Regional Council restored the ancient wall surrounding the ancient Joshua Ben-Nun altar, Kipa reported. The ancient site is located in Area B, which is in the Palestinian Authority’s jurisdiction.

The restoration was carried out by more than 30 employees of the Ayish earthworks contractor and construction professionals and was closely monitored by archaeologists of the Samaria Regional Council, as well as the former security director of the council, Shuki Levin.


Levin guarded Prof. Adam Zertel when he discovered the altar about 35 years ago.

In recent months, the Palestinian Authority intentionally destroyed the Biblical-era site, grinding into gravel the stones that made up the altar as part of a plan to pave a new road near the city of Shechem.

Some 100 ft. of the western wall of the altar compound was restored using local stones, however, it was not possible to restore the northern wall, which is about 60 ft. long and was also damaged by the Palestinian Authority. This restoration would require a more thorough archeological work.

The Book of Joshua reports that the Israelite general built an altar on Mount Ebal after the nation had crossed the Jordan river into the Eretz Israel, in accordance with Moses’ instructions (Deut. 27:2-7):

Two months ago, MK Michal Shir (Likud) submitted an urgent petition on the PA’s destruction of a Biblical Jewish site, but Deputy Defense Minister Michael Biton (Blue&White) replied that the works were approved by the Coordinator of Government Activities in the Territories and there was no danger to the archaeological site.

However, the group Shomrim Al Hanetzch (Guardians of Eternity), dedicated to preserving Jewish archaeology, history, and heritage in Judea and Samaria, found a video posted by the Asira ash-Shamaliya municipality on Facebook showing that the PA had been carrying out heavy works at the site in recent weeks, causing significant damage.

The Guardians of Eternity suggested that the physical damage to the site is a direct extension of the PA’s policy over the years of eradicating remnants of the historic Jewish presence in Judea and Samaria. According to the PA, identifying the site as an ancient Israelite altar is a falsification of the “Palestinian” history of the place and constitutes a false use of archaeology by Israel to take over the area, which they are acting to prevent.

Samaria Regional Council Head Yossi Dagan made an urgent appeal to the IDF command in the area demanding that the issue be dealt with and the destruction be stopped immediately. “This is a direct and unfortunate continuation of the contempt of all those concerned regarding the historical sites of the Jewish people and the State of Israel,” Dagan charged.

On Thursday, the Jewish settlers in Samaria took matters into their own hands. 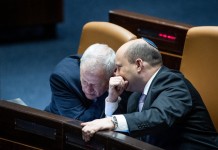 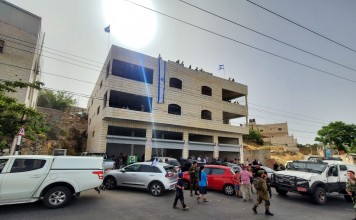 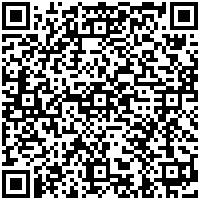