PLO officials were not amused on Wednesday in reaction to the Israeli election results, which they said showed Israelis had voted no to peace and yes to apartheid.

PLO Executive Committee member Hanan Ashrawi said that “regrettably, Israelis overwhelmingly voted for candidates that are unequivocally committed to entrenching the status quo of oppression, occupation, annexation and dispossession in Palestine and escalating the assault on Palestinian national and human rights. They have chosen an overwhelmingly rightwing, Xenophobic and anti-Palestinian parliament to represent them. Israelis chose to entrench and expand apartheid.”

You know something, Hanan? At least Israelis voted, as determined by law, and that included Israeli Arab voters. In fact, had all the registered Arab voters gone out and voted, they could have the third largest party in the Knesset and push their pro-Palestinian ideology – put that in your apartheid pipe and smoke it.

The last time the PA held presidential elections was 14 years ago. Abbas won. In 2007, a Presidential decree abolished all the parties which did not acknowledge the PLO’s right to represent the Palestinian people. Since then – nothing.

Ashrawi said in a statement that the “extremist and militaristic agenda, led by Benjamin Netanyahu, has been emboldened by the Trump administration’s reckless policies and blind support. This cynical alliance against Palestinian rights and the standing of the rules-based international order remains unchallenged by the rest of the international community, thereby reinforcing the rightist and populist agendas.”

OK, let’s say we concede all of the nonsense she stated, what is Ashrawi going to do about it? Continue to collect her salary, wherever that’s coming from, and yell like the proverbial cat lady?

Turns out she believes “the Palestinian people will overcome this dark and highly dangerous chapter and remain deeply rooted in our homeland. We are a resilient people and we will persist and forge alliances with like-minded and responsible international actors to create a counterbalance to the dangerous and reckless agenda and its adherence among other racist and fundamentalist governments, particularly in Israel.”

“The fact is that only 14 out of 120 elected members of the Israeli parliament support the two-state solution on the 1967 borders,” he added.

Again, what is he going to do about it?

Mahmoud Abbas has already declared he would reject the Trump peace proposal, that Deal of the Century. 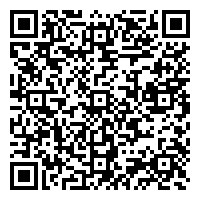