Lebanese Prime Minister Saad Hariri heard “disturbing” news from Jordanian King Abdullah II, who warned him of the danger of resisting President Trump’s peace plan, the Beirut-based daily Ad-Diyar reported on Friday. The meeting between the king and the PM took place on the sidelines of the Davos summit in Switzerland, and could mean a “black cloud for both countries’ attempts to deal with both the Syrian and Palestinian refugee crises,” Ad-Diyar noted, quoting Jordanian senior officials.

In the meeting, Abdullah alerted Hariri to the danger of losing the Trump administration’s funding for Palestinian refugee camps in both their countries, insisting that the president does not want to continue paying. For both Lebanon and Jordan, being able to fund the refugee population is an existential problem, as both host countries have been torn in the past by uprisings of their “Palestinian guests.”


According to Ad-Diyar, the king, who told Hariri he was “appalled” by what is being waged in the “closed rooms” in Washington DC, spoke frankly, warning that Trump will not give anyone an early warning. He will simply take a public stand when the conditions are ripe to impose the “huge deal” without being interested in “deep” negotiations with the parties. The Arab countries and the Palestinian Authority will simply be told to put up or shut up, this is the plan and you have to implement it.

According to Ad-Diyar, the Jordanian side expects that the Trump deal will be ready for prime time in March 2018. The Jordanian king described Trump’s plan as a speeding car without brakes, advising Hariri not to believe those who tell him Trump doesn’t have a plan.

Abdullah said that Saudi Crown Prince Mohammad Bin Salman Al Saud is more familiar with the plan, because he has been working to market it to Chairman Mahmoud Abbas, who is trying to evade this new reality but so far to no avail. According to the Jordanian monarch, Abbas was forced to retreat from pushing an escalation against the US administration, after failing to convince the ministers of the six Arab League countries in Amman to take a collective stand against Trump.

According to Ad-Diyar, the king stated: “We are now obliged to emphasize that no settlement may be sought without the United States having a role in it.”

This matches the king’s public statement in Davos, when he said, “We have to give the Americans the benefit of the doubt, and all work together to make sure that we help the Americans, Israelis, and Palestinians come together.”

According to Ad-Diyar, the most dangerous news the Jordanian monarch delivered to his neighbor Hariri was his description of the plan itself, which is based on Israel agreeing to a future Palestinian state but not removing the settlements, offering instead an area equal to 10% of Judea and Samaria in exchange for a withdrawal.

As for Jerusalem, the plan does not mention the eastern Jerusalem Arab neighborhood of Abu Dis as the capital of a future Palestinian state, but mentions transferring “neighborhoods in Jerusalem” to the future state.

Israel will give up on its demand that the Palestinian state recognize it as a Jewish state, and in return the Palestinians will relinquish the right of return. This is why the Jordanian monarch called on Hariri to prepare to accept reality and find “realistic” solutions to the Syrian refugee problem, because the Palestinian refugee crisis will continue and Lebanon will not be able to manage it in the long run.

According to Ad-Diyar, PM Hariri was a “good listener,” but did not seem to have a plan to face those risks. 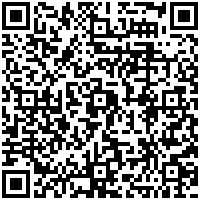