“We as Arabs have to recognize that Jerusalem is a Jewish religious symbol as sacred to Jews as Mecca and Medina is sacred to Muslims.”


The above words, as amazing as they may seem, are nevertheless the statement by a well-known Saudi individual who was interviewed this past week by the ALHURRA network.

A blogger named Abu Ali spotted the Arabic-language broadcast in which the retired Saudi official, Abdul Hamid Hakim, was interviewed regarding his views about the recent statement by U.S. President Donald Trump recognizing Jerusalem as the capital of the State of Israel.

Hakim heads the office of the Middle East Institute located in Jeddah, Saudi Arabia, and was among those who joined retired Saudi General Anwar Ashiqat, who visited Israel on July 22, 2016, according to Abu Ali.

The blogger wrote that “Ashiqat, a consultant who is close to the Saudi royal family, would not have come to Israel had he not first received permission from the king.”

Hakim told the ALHURRA interviewer, who was broadcasting from the United States, “The Arab mind must free itself of prejudice and perceptions of political Islam, Sunni and Shiite, and from the hatred of Jews and the denial of their historic rights in the region.”

Abu Ali underscored the importance of Hakim’s position as “a well-known Saudi official, living in Saudi Arabia,” adding that there are “clear connections between him and the Saudi royal family, reflecting the unprecedented manner in which the historic rights of the Jewish people in Jerusalem [are being addressed].

“No one has had him assassinated,” Abu Ali pointed out, “and the interview was publicized yesterday on every possible spot on the network. You can just imagine what the Palestinian [Authority] response was to all this …”

Yes indeed. All it took for the Palestinian Authority to launch a full-fledged boycott of the White House was the pledge of a visit to the Western Wall by Vice President Mike Pence. 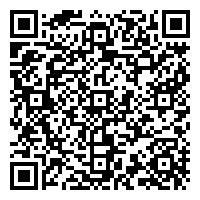