UK Home Secretary Amber Rudd on Tuesday announced the expansion of a UK program to resettle the most vulnerable Syrian refugees, to include Palestinian, Iraqis and Kurds who had fled the conflict there.

“The amendment was based on proposals from the UN High Commissioner for Refugees on the need for a more diversified resettlement program to meet the needs of the refugees in the region, without changing the master plan of receiving 20,000 refugees,” the Dubai-based British Media and Communication Center said in a press release.

Rudd said the scope of the existing plan would be widened to allow other nationalities caught up in the Syrian conflict to come to Britain. So far, 7,307 Syrian nationals, half of them children, have arrived in the UK under a government plan to resettle 20,000 by 2020.

The United Nations High Commissioner for Refugees (UNHCR) has told ministers the scheme would benefit from being extended to encompass the most vulnerable refugees from across the region, not just Syrians. 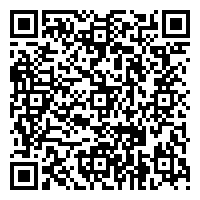