Three weeks after the IDF had returned the body of a terrorist from the village of Tekoa in Gush Etzion, and allowed a funeral procession of mass incitement that blocked of the local highway to Jews, an even worse incident took place Saturday in the same location, Hakol Ha’yehudi reported Saturday night.

On Friday, the IDF returned the body of another terrorist who had carried out an attack in the village, and on Saturday Arab rioters staged a mass funeral for the same terrorist, shouting anti-Semitic slogans.


After the funeral, hundreds of Arabs settled around the village and on the main highway where Jews also travel, and began to throw stones at Jewish owned vehicles passing by. At one point, the rioters blocked the road and went vehicle to vehicle in search of Jewish victims. A resident of the community of Sdeh Bar was attacked with stones and was forced to shoot in the air in order to escape the crowd that was stoning his car.

One IDF soldier was hit with a stone in his face and broke two teeth. He was evacuated to hospital.

According to the report, on previous occasions Israeli security forces were so quick to flee from Tekoa they left military equipment behind. 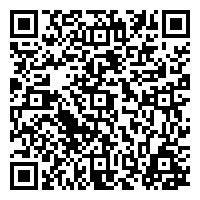