Just days after a local council refused to allow the construction of a new synagogue near the iconic Bondi Beach in Sydney, Australia, homegrown jihadists are charged with plotting a terror attack.

The two men were charged Friday during their arraignment with planning and preparing to bomb an Etihad Airways plane flying to Abu Dhabi out of Sydney Airport. A third member of the terrorist cell is still being held for questioning under the country’s Counter Terrorism Law.


Late last month, the Land and Environment Court upheld a ruling by the local Waverly Council in Sydney, claiming “the Preliminary Threat and Risk Analysis relied on by the Applicant raises concerns as to the safety and security of future users of the Synagogue, nearby residents, motorists and pedestrians … and the physical measures proposed to deal with the identified threats will have an unacceptable impact on the streetscape and adjoining properties.”

But at around the same time, as the city was refusing to allow Jews to build their synagogue for fear of a terrorist attack, Sydney police were racing to track down an Islamic State terrorist cell in six different neighborhoods across the city while they were developing a chemical weapon.

After a week-long investigation that followed a sting operation on July 29, Australian Federal Police Deputy Commissioner Michael Phelan told reporters at a briefing on Friday, “This is one of the most sophisticated plots that has ever been attempted on Australian soil. If it hadn’t been for the great work of our intelligence agencies and law enforcement over a very quick period of time, then we could well have a catastrophic event in this country.”

Following the raids, in which four were arrested and taken into custody, police are continuing to search six homes across Sydney. Phelan said a commander from the Islamic State terrorist organization (ISIS) had instructed Mahmoud Khayat, 32 and Khaled Khayat, 49, on how to assembly components for a “military-grade explosive” that were sent to them by a senior ISIS commander overseas from Turkey to Sydney via air cargo. The device was recovered by police. Their alleged brother-in-law, Khaled Merhi, was taken into custody but has not yet been charged. A fourth man taken into custody was released without charge last Tuesday.

Khaled Khayat reportedly brought the bomb to the city’s airport on July 15 hidden in a kitchen meat grinder carried in a piece of baggage which he asked his brother to take with him on the flight, without telling his brother what was inside. But the bag never made it past the check-in counter for reasons that remain unclear. According to Phelan, Khayat left the airport with the bag, and his brother boarded the plane without it.

The traveling brother was not charged, having had no idea he was to be a ‘sacrificial lamb.’ He has not returned to Australia.

After their first failed attempt the terror cell allegedly began planning a second one. Phelan told reporters when they were arrested, they were in the early stages of creating an “improvised chemical dispersion device” – a chemical weapon – which they allegedly hoped would release extremely poisonous hydrogen sulfide gas.

The cell had not yet decided on a target, although their ISIS handler from overseas had made suggestions, such as aiming for crowded areas or releasing the gas on public transportation.

Police were tipped off via intelligence on July 26, Phelan said, and arrested the men on July 29.

The two men, believed to be brothers, were each charged by the NSW Joint Counter Terrorism Team. The charges carry a maximum penalty of life in prison. Both men have been remanded without bail, and the was case adjourned until November 14, according to The Independent, following arraignment on Friday. Their attorney, Michael Coroneos, told reporters they were “entitled to the presumption of innocence.”

Merhi remains in custody and being questioned by police under the country’s Counter Terrorism Law.

The Democrats And The Jewish Vote 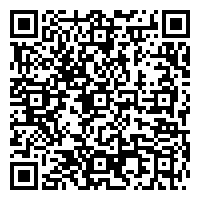