Jewish legislators in Florida are seeking an end to prayers that often open the daily legislative session with references to Jesus Christ. They want prayers to be “all-inclusive.”

Rep. Jim Waldman told House Speaker Will Weatherford on Friday the “J.C” moment offends them, but Weatherford’s initial reply was that every cleric, whether Jewish, Christian or other, can pray as he wish. Nevertheless, he will consider the request.

A one-page guide to all clerics suggests that they refrain from “preaching or testifying” and that she should “be especially sensitive to expressions that may be unsuitable to members of some faiths.”

Statements about the “father, son and holy spirit” are too much for Waldman, who said that Jewish colleague Rep. Kevin Rader usually enters the legislature only after the prayer is completed in order to avoid a “JC moment.”

“It’s just not non-denominational. I don’t care that it’s optional. That shouldn’t be the limit test. It should be inclusive. And it’s not inclusive,” he told the Palm Beach Post.

The issue has come up before in the Florida legislature, most blatantly in 1997 when an evangelist took the opportunity in his benediction to attack divorce and abortion and cite Jesus as “the true God, the only God.”

Rep. Waldman said, “This year more so than others, every time the prayer comes up, it’s in Jesus’ name. This is my seventh year talking about it, and it’s getting to be too much. It would be nice to have an inclusive prayer.”

Christian News quoted the Speaker as saying, “Every member, Republican and Democrat, has an opportunity to pick a person to come on their behalf. We had a rabbi last week who didn’t pray in Jesus’ name. …We don’t choose the prayers for them…. I hear your concern but I can’t tell someone how to pray.”

One possible way of settling the issue might be for a rabbi to open a legislative session by blowing the shofar. It would be interesting to see how many Christians would stand solemn with their heads bowed during 30 blasts of the shofar, ending with a long “Tekiah Gedolah.”

Is there a Muslim in the crowd? 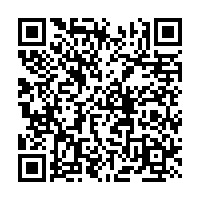