During the COVID-19 pandemic, Jewish communities worldwide are fearing the “repeat of historic tropes and historic scapegoating of Jews in times of crisis,” the Anti-Defamation League’s (ADL) Senior Vice President of International Affairs Dr. Sharon S. Nazarian said in a recent webinar hosted by the American Society of the University of Haifa (ASUH).

“As a vulnerable minority Jews feel sensitive to the rise of conspiracy theories — particularly in non-democratic governments which use scapegoating of minorities, and especially Jews, to deflect from their own failures,” said Dr. Nazarian, who is also the founder of the Younes & Soraya Nazarian Center for Israel Studies at University of California, Los Angeles (UCLA) and a member of University of Haifa’s Board of Governors. “Governments that are not able to provide for their own citizens really use conspiracy theories as a mechanism for deflecting blame.”


Dr. Nazarian heads ADL’s work fighting anti-Semitism and racial hatred globally. In her consultations with Jewish communities around the world since the start of the pandemic, she said that “one of the very common themes we saw were the economic anxieties people were expecting to happen. Jewish communities know that not only the pandemic itself, but the economic impact of a major slowdown like huge unemployment, what that historically rises to. Usually, the front and center of the reaction is anti-Semitism.”

In the July 21 webinar — “Anti-Semitism: Combatting the Other Global Pandemic,” moderated by University of Haifa alumna Jordanna Gessler, Vice President of Education and Exhibits, Los Angeles Museum of the Holocaust — Dr. Nazarian also addressed what she called the “complexities” that the Jewish community faces when it comes to the Black Lives Matter (BLM) movement’s associations with anti-Zionism and anti-Semitism. She acknowledged that while ADL stands behind BLM, there are complications that arise when “you have a big umbrella, with lots of organizations under it advocating for very similar issues and causes.”

“We will call out anti-Semitism at ADL as we always have, at any instance where we see it,” Dr. Nazarian said, “but as a civil rights organization with a long history of battling for civil rights, we stand shoulder to shoulder with the civil rights leaders of this country and all the people out demonstrating who really believe this is a moment of reckoning, and that we have to look at police brutality, and that we have to look at the racism that exists in the institutions in this country. When that narrative crosses the line and is hijacked into anti-Semitic or anti-Israel narrative, then we will call it out no questions asked.”

Regarding how social media has become a major amplifier of hate speech and anti-Semitism, Dr. Nazarian stated that large companies like Facebook must “come to terms with the fact that they have a role to play here and they have to be part of the solution.”

“This is a moment of reckoning where these privately held companies have a responsibility just like any other sector, like the automobile industry and others, for the safety of their customers,” she said.

Dr. Nazarian also commented on a study published in June by University of Haifa and Institute for Counter Terrorism researchers which brought to light the growing hotbed of extreme anti-Semitism on TikTok, today’s fastest-growing social networking application. In a scan of TikTok videos, the study found that the most prevalent form of far-right extremism pertained to anti-Semitism and Holocaust denial, comprising more than one-fifth of the posts that were analyzed.

“Algorithms that are used by social media companies basically give you what you like, so whatever content you are engaging with, it will keep offering you more of that,” Dr. Nazarian said. “TikTok targets very young people, and because access to this hate language and specifically anti-Semitic language is so readily available and the algorithms continue to provide you with more it, I’m glad the attention has been brought onto TikTok through this study.”

She added, “I think it’s the responsibility of parents to know as much as we can, what are our children watching and experiencing, and also to explain to our children how those algorithms work — that even if you’re not seeking it out, it will come to you. It takes both sides, putting pressure on the platforms but also education.” 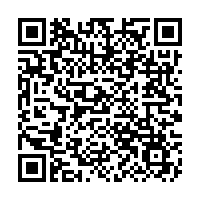