The Administration of Population and Immigration (API) on Thursday told the Jerusalem District Court that the decision of its tenders committee to approve a contract with the Israel Immigration Policy Center (IIPC) was null and void. The tenders committee approved a $13,700 contract with the rightwing think tank to conduct a professional review of the situation in Eritrea, a northeast African country on the Red Sea coast from which thousands of illegal migrant workers have reached Israel over the past few decades.

The think tank is known for its initiation of a law requiring unlicensed workers in Israel to deposit a portion of their wages in a trust which they receive when they leave Israel. The group promotes the expulsion of most migrants from Eritrea and the Sudan, arguing they should receive asylum seeker status but be regarded as migrant workers.


The lawsuit was launched by the Center for Refugees and Migrants, which “aims to protect and promote the human rights of migrant workers and refugees and to prevent human trafficking in Israel.” The center states that “We are committed to eradicating the exploitation of migrants, to ensure respect for them and to help forge government policy that will ensure this.”

Although the lawsuit focused on irregularities in contracting with an independent agency, its purpose was to prevent a study by the IIPC intended to show an improvement in the human rights situation in Eritrea, in preparation for the deportation of illegal migrants.

According to Merav Abrahams, the director of the Policy Planning Division at the API, “In light of the fact that in recent years there have been positive changes regarding the factual situation in Eritrea, and in light of the change in the attitude of various countries regarding Eritrea, as reflected in recent state reports published in recent years, it was necessary to obtain an updated review on which to establish our policy on this issue.”

According to the IIPC, “the State of Israel has become a leading immigration center on a global level and has no appropriate policy to deal with this phenomenon.” The center’s purpose is to raise awareness of the negative effects of illegal migration in Israel, provide an international comparative perspective, and assist South Tel Aviv and other neighborhoods which are being destroyed by the influx of thousands of illegal migrants.

Government ministries are allowed to contact a supplier for up to $14,000 without a tender, but any contract over $2,800 requires bids from three suppliers. The court found that the Authority did not contact other suppliers prior to the engagement with the policy center.

The Population Authority Tenders Committee noted that it was convinced the Immigration Policy Center “is an organization with unique added value, professionalism and knowledge regarding the population of infiltrators from Africa in general and Eritrea in particular.” 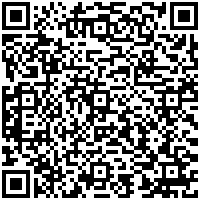