Israel will open a new embassy in Kigali, the capital of Rwanda, Prime Minister Benjamin Netanyahu announced Tuesday at a meeting with that country’s President Paul Kagame, after the two men attended the inauguration of Kenyan President Uhuru Kenyatta in Nairobi.

Netanyahu and Kagame also discussed the possibility of opening a direct air link between Israel and Rwanda, the Prime Minister’s Office said in a statement.

The leaders of 11 African nations attended the inauguration of Kenya’s president.

Netanyahu also pointed out that Israel — and Kenya — both face the challenge of security, calling it a “savage disease” that “rampages so many countries, Boko-Haram, A-Shabab, the awful jihadists in the Sinai. This is a threat to all of us and I believe that we can cooperate with other countries between us and with others, and if we work together we will defeat the barbarians. Our people deserve better; we can provide it for them.” 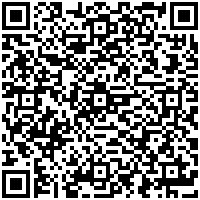