President Reuven Rivlin on Wednesday met with Prime Minister Scott Morrison at Parliament House in Canberra, and expressed his appreciation for Australia’s determined position regarding the decision of the Prosecutor of the International Criminal Court (ICC) to charge Israel with war crimes in Gaza, Judea and Samaria.

“It is important to that other countries also express their opposition to this dangerous move to politicize the ICC,” the president said to the prime minister. “Our army, the IDF, is our children and our grandchildren and we are proud of them and of the ability of our army to act as necessary to protect the citizens of the State of Israel.”

“I am delighted to welcome you here,” said the Australian prime minister, adding “This is a great honor, not only because of your current position but because of your work in the Knesset over the years and your contribution in many other fields. We have many things to discuss today, and I am looking forward to our meeting. Australia is happy to stand with Israel in the international arena and the diplomatic relations between the countries are no less important than the relations between the peoples, which are excellent and will remain so.”

During their meeting the president also noted the dangers of growing Iranian influence in our region and stressed that we take the threats made by the Iranian leadership from every platform very seriously, and that we have no intention of standing by in the face of such threats.

On the question of Malka Leifer, which was raised by the prime minister, the president clarified that he is in contact with the authorities dealing with the case in Israel and gave the prime minister the document he had received from the Israeli authorities before departing on his official visit to Australia, detailing the situation. The president noted that we are a country with the rule of law and that he will continue to monitor the case when he returns to Israel. He added that he understands the feelings of the Australian authorities and of the Jewish community well, and that he will convey them to the relevant authorities in Israel. “We are responsible for handling this matter in an organized and efficient way, Mr. Prime Minister,” said the president, adding “the State of Israel will not allow anyone to use it to evade the law.”

During their meeting, the president thanked Governor-General Hurley for the warm reception and noted his appreciation for the Governor-General and his wife coming to the International Leaders’ Forum at Beit HaNasi in Jerusalem last month. “Your visit reflects the commitment of Australia, and your personal commitment, to preserving the memory of the Holocaust and combatting antisemitism, fascism and racism, wherever they appear,” the president said.

The president then to laid a wreath at the Australian memorial of the unknown soldier. 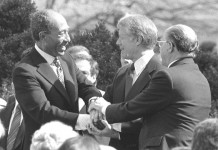 If the PA Lacks Funds to Combat the Coronavirus, It Should Stop Paying Salaries to Terrorists 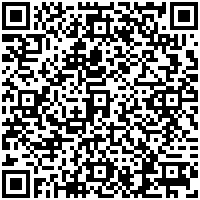