Israelis are going to the voting booths this Monday, in the country’s third attempt to come up with a majority government, but, once again, the polls are saying the split down the middle between left and right is not changing. According to two Wednesday morning polls, the two warring blocs, rightwing-Haredim vs. center-left-Arabs, remain dead even within the margins of error, with Avigdor Liberman’s Israel Beiteinu hovering over the firmament with 7 mandates – those same 7 mandates that could decide who would win, but won’t.

So, here’s the score, five days before the election – two polls with virtually identical results: 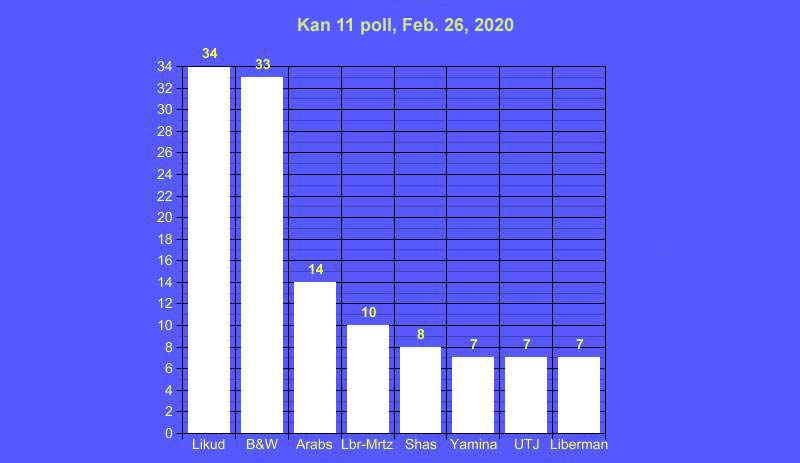 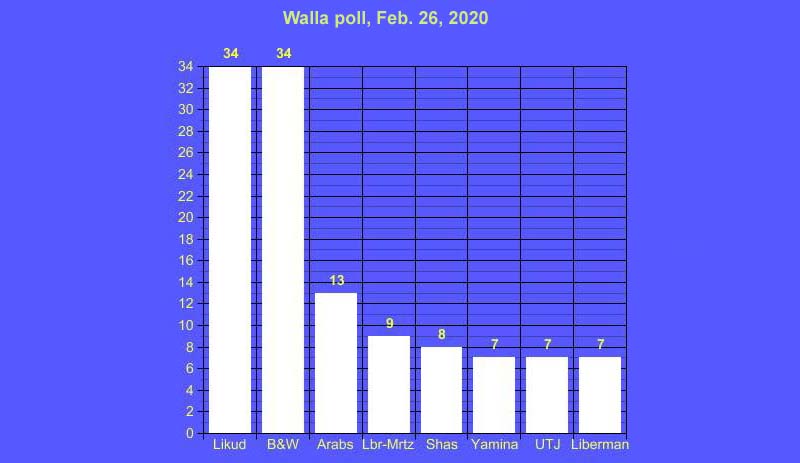 There is some movement in the voters’ preference for prime minister: Netanyahu has once again opened up a lead over Benny Gantz in who is a better choice for PM, most likely because of the new criminal investigation against the Blue&White leader’s failed company’s alleged illicit deals with Israel Police. But the needle is not budging. Netanyahu has covered the gap between his party and Blue&White, and the two are once again neck and neck. Just like last April and last September.

The Blue&White strategy has been altered in response to the list’s small decline in the polls: since their entire strategy hangs on finishing first and receiving the presidential nod to have a go at building a coalition ahead of Netanyahu, they cannot afford not to go after their natural ally on the left for new votes. And so, from now until election day, we’ll be hearing Blue&White politicians attempting to siphon the Labor-Gesher-Mertez votes, never mind the damage this would cause their future partners.

Yes, the left is eating its young. You can’t quarrel with tradition.

One thing is likely to be different this time around: voter participation. According to the Walla survey, 70% of Israelis plan to vote this time – 69% of the rightwingers, 73% of the lefties. Likud has been claiming there’s a swath of about 300,000 Likud voters out there who just didn’t care enough to leave the house (or the beach) the last two times. Well, with the frosty weather Israel has been having, no one will be at the beach – but will they bother to vote?