Five young women from the ancient Chinese-Jewish community of Kaifeng, on Tuesday fulfilled their dreams of formally returning to the Jewish people.

Two years after Gao Yichen, 25, Yue Ting , 27, Li Jing , 30, Li Yuan , 29, and Li Chengjin, 30, made Aliyah in February 2016, via the Jerusalem-based nonprofit Shavei Israel, the five women have undergone a formal conversion in an emotional ceremony at the Jerusalem Rabbinical Court.


They were all born and raised in Kaifeng, a city in the central Chinese province of Henan, southwest of Beijing, and are descendants of the once-thriving Jewish community that resided there for well over a millennium.

The first Jews to have settled in Kaifeng, one of the capitals of the Song Dynasty, were Iraqi or Persian Jewish merchants who traveled along the Silk Road. The community grew and prospered, and in 1163 built a large synagogue, which was renovated repeatedly throughout the centuries. At its peak, during the Ming Dynasty, Kaifeng had as many as 5,000 Jews. But widespread intermarriage and assimilation set in, and the death of the community’s last rabbi in the early 19th century heralded the community’s demise as a collective entity. The synagogue, which had stood for 700 years, was destroyed by a series of floods that struck the city in the mid-19th century. Today an estimated 1,000 people who are identifiable via family trees and genealogical records as descendants of the city’s Jewish community remain in Kaifeng.

“The Chinese Jews of Kaifeng are a living link between China and the Jewish people,” said Shavei Israel founder and chairman Michael Freund. “After centuries of assimilation, a growing number of the Chinese-Jewish descendants are returning to their roots and embracing their Jewish identity. These five young women were determined to rejoin the Jewish people and we were delighted to help them realize their dreams.”

In recent years, Freund noted, Shavei Israel has assisted as many as two dozen Chinese Jews to make Aliyah.

“Being part of the Jewish people is an honor, because of the heritage and wisdom,” said Li Jing, who studied economics and global commerce in China. “My prayer to return to Judaism has been answered.”

“Israel is where our ancestors lived, and my father always told me that one day we would come back,” said Yue Ting, who is fluent in English and Hebrew. “Every one of us is put in this world to contribute and to make a difference, each in our own way. I will try my best to do everything I can, no matter how small it seems, just to do something good. I feel very proud to be a Jew and to call Israel my home.”

While in Israel, the five Kaifeng Jews were supported by Shavei Israel, which covered their tuition and living expenses and arranged for them to study at Jerusalem’s Midreshet Nishmat – the Jeannie Schottenstein Center for Advanced Torah Study for Women. Shavei Israel will continue to assist the Kaifeng Jews with their integration into Israeli society. 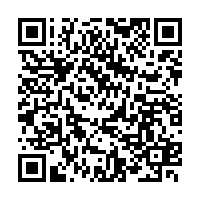