A federal judge in New York on Tuesday, in a ruling that faults Iran, the Islamic Revolutionary Guard Corps and the Central Bank of the Islamic Republic of Iran for the deaths of the more than a thousand victims of the 9/11 attack on the World Trade Center, ordered Iran to pay billions of dollars in compensations to the victims’ families.


The lawsuit was filed in 2004 and later allowed to go forward after Congress in 2016 passed the Justice Against Sponsors of Terrorism Act, exposing sovereign states accused of terrorism to liability. The suit accused Iran of providing assistance, including training, to the 9/11 hijackers.

The Justice Against Sponsors of Terrorism Act was vetoed by President Barack Obama and overridden by Congress.

The 9/11 Commission found no direct evidence of Iranian support for the attack, but Tuesday’s judgment is part of a larger case the 9/11 families have filed against Saudi Arabia. Last month, Judge Daniels rejected a Saudi motion to toss out that suit.

Plaintiffs’ attorney Robert Haefele stated that “in December 2011, a New York federal court held a hearing and found that the evidence presented established that Iran’s provision of material support to al-Qaeda was a cause of the 9/11 attacks and the resulting damage, injuries, and deaths. It is difficult for those injured or left behind to ignore the findings of the federal court about Iran’s culpability, but those findings should not overshadow the mountain of evidence presented against Saudi Arabia, which remains central to the plaintiffs’ case.”

Iran is not expected to pay the damages – the Islamic Republic never responded to the lawsuit, but the ruling makes the families eligible to collect from a small fund of seized Iranian assets which were used in the past to compensate families of victims of Hezbollah attacks. 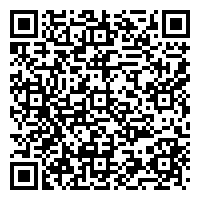