Russia on Wednesday vetoed a draft resolution submitted by the UK, the US and France to the UN Security Council condemning the Syrian regime’s use of chemical weapons against its own civilians in the Damascus suburb of Khan Sheikhoun. Bolivia also opposed the draft resolution, and three other members, including China, abstained. 10 countries voted in favor.

Russian Foreign Minister Sergey Lavrov said on Thursday: “We cannot and will not support attempts to pass without proof a UN Security Council resolution condemning the government ‘on the quiet,’ without any inspections.” Lavrov added: “Yesterday, we discussed in detail (with US Secretary of State Rex Tillerson) the need to step up Russian-American efforts towards mobilizing the international community to fight terrorism, and reminded him that US actions like the strikes against Syria on April 7 are at variance with this task. We insist on a most thorough, independent investigation into that incident.”

President Trump’s UN envoy Nikki Haley told the Council that “Russia once again has chosen to side with Assad, even as the rest of the world, including the Arab world, overwhelmingly comes together to condemn this murderous regime,” pointing out that “If the regime is innocent, as Russia claims, the information requested in this resolution would have vindicated them.”

Syria’s Permanent Representative to the UN Bashar al-Jaafari said after the vote that his country condemns in the strongest possible terms the use of chemical weapons or any other weapons of mass destruction as a crime against humanity and an unacceptable, immoral and unjustified act under any condition.

Al-Jaafari added that the use of chemical weapons targets the Syrian people who are still the first victims of crimes perpetrated by armed terrorist groups which did not hesitate to use chemical weapons against them, stressing Syria’s determination to know the real criminal responsible for committing the attack.

The Syrian representative noted that the Syrian government, basing on its firm principles, has joined the Prohibition of Chemical Weapons Convention and fulfilled its obligations in this regard since it made unprecedented achievement in the OPCW’s history and ended the Syrian chemical weapons program in record time, back in 2014.

Obviously, the reason they were done so quickly was they didn’t look in all the nooks and crannies… 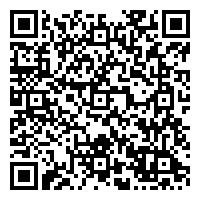