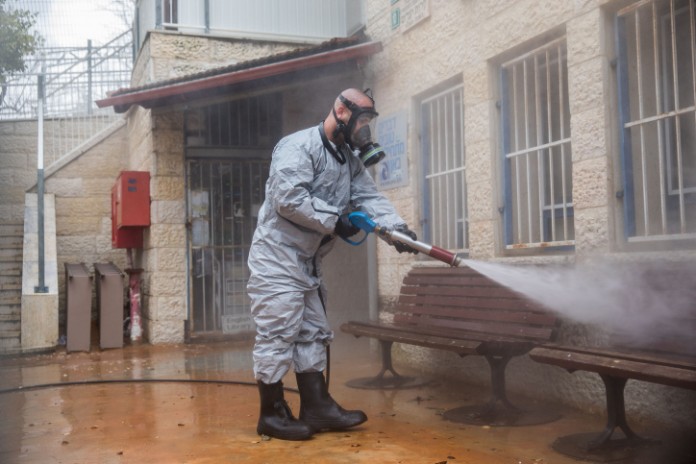 American, British and other officials around the world are beginning to look a little closer into the question of whether China covered up the origin of the COVID-19 coronavirus, while US senators are working to hold China accountable for the massive damage suffered by America’s families and its economy from the deadly virus.

“Sources who have been briefed on the details of early actions by China’s government and seen relevant materials told Fox News that there is increasing confidence among officials that the outbreak likely originated in a lab, though not as a bioweapon, but as part of China’s attempt to demonstrate that its efforts to identify and combat viruses are equal to or greater than the capabilities of the United States,” Fox News reported Thursday evening.


The UK government has started to question the credibility of China’s statements about the origin, and its general statistical picture about the COVID-19 novel coronavirus.

Senior UK lawmaker and cabinet member Michael Gove told the BBC last month that he has doubts about the veracity of China’s reports, and said they were unclear about the “scale, nature and infectiousness” of the disease.

The UK Parliament’s Foreign Affairs Committee has outright accused the Chinese government of deliberately spreading disinformation about the spread of the virus.

“Disinformation about COVID-19 has already cost lives,” the committee said. “It is essential that the Government issues clear and transparent messages at home to confront and rebut disinformation spread by foreign powers.”

US Embassy Raised Alarm in 2018
Officials at the US Embassy raised the alarm as far back as January 2018 about inadequate security and safety concerns at the Wuhan Institute of Virology (WIV) lab – just a few miles away from the wet market where up to this point, it was believed the first case of the COVID-19 virus may have originated. It’s no longer clear, however, that the wet market had any connection to the virus at all.

WIV was the first in China to achieve the highest level of international bioresearch safety (BSL-4), according to a detailed report by The Washington Post. In fact, embassy science diplomats visited the research facility several times, with the final visit on March 27, 2018.

Officials at the US Embassy in Beijing sent two cables, which were marked “sensitive” but unclassified, describing their concerns to the State Department. Such a classification means the cables contained sensitive national security information.

The State Department has declined to comment on all details of this report.

The first cable, sent on Jan. 19, 2018, warned that “the lab’s work on bat coronaviruses and their potential human transmission represented a risk of a new SARS-like pandemic,” The Washington Post reported. Embassy officials noted in the cables that the WIV lab had insufficient technicians or investigators to operate safely.

They were advocating for the US to provide more support for the Chinese researchers at the Wuhan lab, because its research on bat coronaviruses was important but dangerous. The lab already been receiving support from the Galveston National Laboratory at the University of Texas Medical Branch.

Wuhan Lab Scientists Were Working on Bat Coronaviruses
The two embassy officials, who worked in the environment, science and health division, had met with the WIV scientists, including Shi Zhengli, head of the research project, who had been publishing studies relating to bat coronaviruses for many years.

Shi’s team had published research in November 2017, just prior to the Americans’ visit, showing that horseshoe bats they had collected from a cave in Yunnan province were very likely from the same bat population that spawned the SARS coronavirus in 2003. “This work provides new insights into the origin and evolution of SARS-CoV and highlights the necessity of preparedness for future emergence of SARS-like diseases,” they wrote in their research at that time.

China Still Hiding Where The First Case Started
It was somewhere around the third week in December 2019 that “a cluster of pneumonia cases with an unknown cause occurred in Wuhan, starting on December 21, 2019,” according to the Chinese Centers for Disease Control and Prevention (CDC), and by the end of that week, the virus had made the jump from patients to doctors, showing clear evidence of human-to-human transmission.

The first and probably most famous doctor who sounded the alarm about what he was seeing – the late Dr. Li Wen Liang – notified his colleagues on social media on December 30.

Liu Wen Liang, a doctor at Wuhan Hannan Red Cross Hospital, was later called in to a police station and reprimanded, with a warning to stop “spreading false rumors.”

There were others who followed and did the same.

Ai said she was told by her superiors a directive had been issued by the Wuhan Health Commission not to disclose anything about the virus or the disease it caused in order to avoid triggering a panic.

The hospital issued a reminder to all staff soon after, warning that public disclosure related to the illness was forbidden, and two days later Ai received a reprimand from an official with the hospital’s supervision for “spreading rumors.”

According to People Magazine China, Ai was warned not to discuss the disease with anyone, including her own husband, and to notify all staff in her department not to share any information about the disease.

A young attorney, Chen Quishi, who became a citizen journalist out of conviction that it was essential for the world to know what was happening also disappeared after he was reportedly taken into “quarantine” despite having no symptoms of COVID-19. Quishi uploaded a number of videos in which he caught footage of overwhelmed staff at the hospital in Wuhan due to the huge number of patients.

The young attorney’s Weibo account was deleted on February 6, and his family was told he has been kept under “quarantine.” He is still missing.

Chinese officials made sure the country knew on January 2 that a total of eight doctors were officially punished for “rumor mongering.” After that, medical personnel nationwide had gotten the message.

Research published since that time confirms the virus was spreading long before; had officials taken steps to contain it, perhaps there might not have been a pandemic today.

On January 5 in an article by the Wuhan Municipal Health Commission, the earliest onset was noted on December 12; but a study carried out by a research team who published their findings in The Lancet documents that first case much earlier, with onset of symptoms in the first recorded patient on December 1.

“By January 2, 2020, 41 admitted hospital patients had been identified as having laboratory-confirmed 2019-nCoV infection,” the researchers wrote in The Lancet. “Less than half had underlying diseases . . . median age was 49 years, and 27 had been exposed to the Huanan seafood market.”

The Associated Press noted in an article dated April 15 2020, “In the six days after top Chinese officials secretly determined they likely were facing a pandemic from a new coronavirus, the city of Wuhan at the epicenter of the disease hosted a mass banquet for tens of thousands of people; millions began traveling through for Lunar New Year celebrations.”

By the time President Xi Jinping shared that information with the people of the Republic of China on January 20, thousands had already been infected.

China Working on Another Coverup?
China is reportedly working to block access to its scientific research on COVID-19, according to Fox News, and this past weekend issued a new order directing that all research papers on the virus must be approved by the government prior to publication.

The move is geared to further clamp down on “outside” access to information on what is happening behind the “red curtain.”

US intelligence sources are continuing meanwhile to investigate the question of whether the COVID-19 novel coronavirus originated with a bat in the Wuhan wet market, or whether the Wuhan lab was the source of the virus, via an accidental leak or otherwise.

The chairman of the US Joint Chiefs of Staff, General Mark Milley, spoke with reporters at a briefing on Tuesday, and said in response to a question about the issue, “It should be no surprise to you that we have taken a keen interest in that, and we’ve had a lot of intelligence take a hard look at that.

“I would just say at this point, it’s inconclusive, although the weight of evidence seems to indicate ‘natural’ – but we don’t know for certain.”

US Senators Want to Hold China Accountable
US Senator Lindsey Graham and his colleagues say they’re planning to hold China accountable for the damage to the American people wreaked by the pandemic: the tens of thousands of Americans who have died, the hundreds of thousands more who have contracted the virus and the economic damage to their families, and for the millions of other Americans who have been left jobless as a result of the shutdowns across the United States.

“If we don’t punish China there will be a fourth pandemic,” Graham told Fox News in an interview on Tuesday. “This is the third pandemic to come from China,” he said. “These wet markets are pandemic incubators and if we don’t China accountable as a world, and not just as a nation, you can expect more of this.”

The United States has about $1.3 trillion in Treasury notes held by China, according to Graham, who says the first step might be to “take some of the money away from them, cancelling some of the debt.” There are several proposed bills in the Senate at present dealing with the issue, he said.

“I would start sending China a bill for the 17 million people unemployed and 23,000 deaths.”

3 Senators Vote Against Keeping US Embassy in Jerusalem 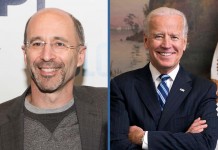 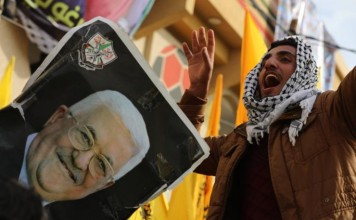 The Palestinian Authority Tries to Bully Israel on the Jerusalem Issue 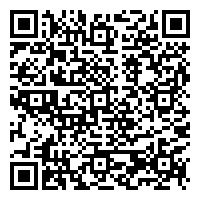