The Ministerial Committee on Legislation on Sunday approved legislation to prevent  political deals with the Palestinians that call for releasing terrorists sentenced to life imprisonment.

Justice Minister Tzipi Livni and Yesh Atid MKs Yael German and Ya’akov Peri voted against the bill. All cabinet members from the Likud, Israel Our Home and Jewish Home voted in favour.


The bill will now be forwarded to the government for approval, and then to the Knesset plenum.

The parliamentary move is the result of months of intensive lobbying by families of terror victims, who have tried repeatedly to block prisoner releases via the courts. Although polls show that Israelis overwhelmingly oppose lopsided prisoner releases, right- and left-wing governments have repeatedly bowed to Arab extortion and Western pressure.

In 2011, Israel released 1,027 murderers in 2011 in exchange for IDF Corporal Gilad Shalit, who had been held hostage by Hamas terrorists in Gaza for morethan five years. More recently, Israel has released nearly 100 Arab murderers in an attempt to lure Palestinian Authority negotiators to the negotiating table.

The releases were not sufficient to satisfy the Arab side, and negotiations broke down on April 29.

“This bill is not only about terrorists,” said Gidon Sa’ar. “It refers to anyone convicted of pre-meditated murder. In my view people who murder children should never be released. Israeli law does not provide for either the death penalty or full life imprisonment.

“This bill will strengthen the rule of law. In my view, the Justice Department must support this bill because it involves the legislative branch involving itself with decisions of the judicial branch. We have already seen instances in which people who have murdered children are walking around free a short while later. In a country that does not haves the death penalty, instituting full life imprisonment is a top priority. It will also make things easier for legislators in future,” Sa’ar said.

Breaking Down the Enemy 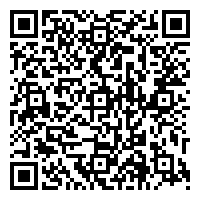