The annual Yom HaZikaron (Israeli Memorial Day) ceremony memorializing Jews who were murdered in anti-Semitic attacks around the world, along with fallen Israeli servicemen and women and Israeli victims of terror, will take place this Monday, May 1, at 9 AM, at the plaza of the Jewish Agency headquarters building in Jerusalem, 48 King George Street.

This year’s ceremony will center on the victims of terror attacks that have taken place in Belgium over the years, including Professor Joseph Wybran, a world-renowned immunologist, a peace activist and a leader of the Belgian Jewish community, who was murdered in 1989; and Mira and Emmanuel Riva, the Israeli couple killed in the terror attack at the Jewish Museum of Brussels in 2014.


Wybran’s widow and her son will participate in the ceremony, as will Mira and Emmanuel Riva’s daughters, Mira’s siblings, and Emmanuel’s twin brother.

According to Jewish Agency data, some 200 Jews have been murdered in anti-Semitic attacks around the world since Israel’s establishment in 1948. Their names appear on a memorial display that will be placed in the plaza for the duration of the ceremony. 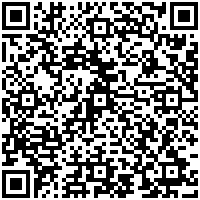